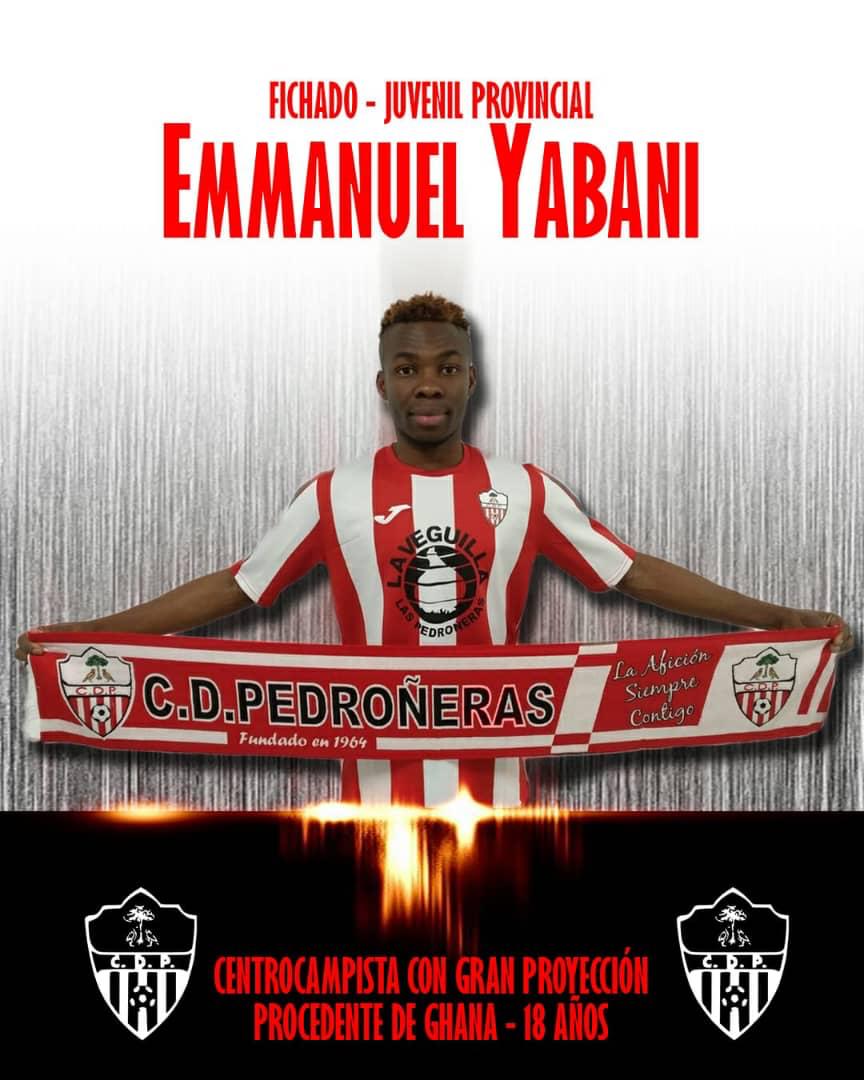 Ghanaian midfielder has joined Spanish third tier side CD Pedroneras on loan until the end of the season.

The 18-year-old moves from Volta Region-based second division league club Roberto FC after impressing on trial with the European side.

He becomes the latest Ghanaian player to join a growing number of youngsters from the West African country to be signed by lower division sides in Spain.

About 23 young Ghanaian players have so far been signed by Spanish lower tier sides in this as they seek to find the next Thomas Partey.

Yabani, the young attacking midfielder, was magnificent for Roberto FC which prompted the Spanish side to hand him the four-month deal.

He signed short term deal with the Spanish Tercera Division league with an option to extend the contract at the end of the season.

"I thank almighty for giving me the chance to be here. Been here for some weeks on trials and God willing I have secured a short term move to the Spanish side," Yabani told Ghanasoccernet.com.

"I will do my possible best to seal a promotion with the club to the higher divisions."

Yabani has some pleasant attributes in his style of play including excellent ball control and an eagle eye for spotting his team mates with defence splitting passes.

He links up with the attack nicely and he also noted for his ability to run and dribble pass defenders with unbelievable pace.