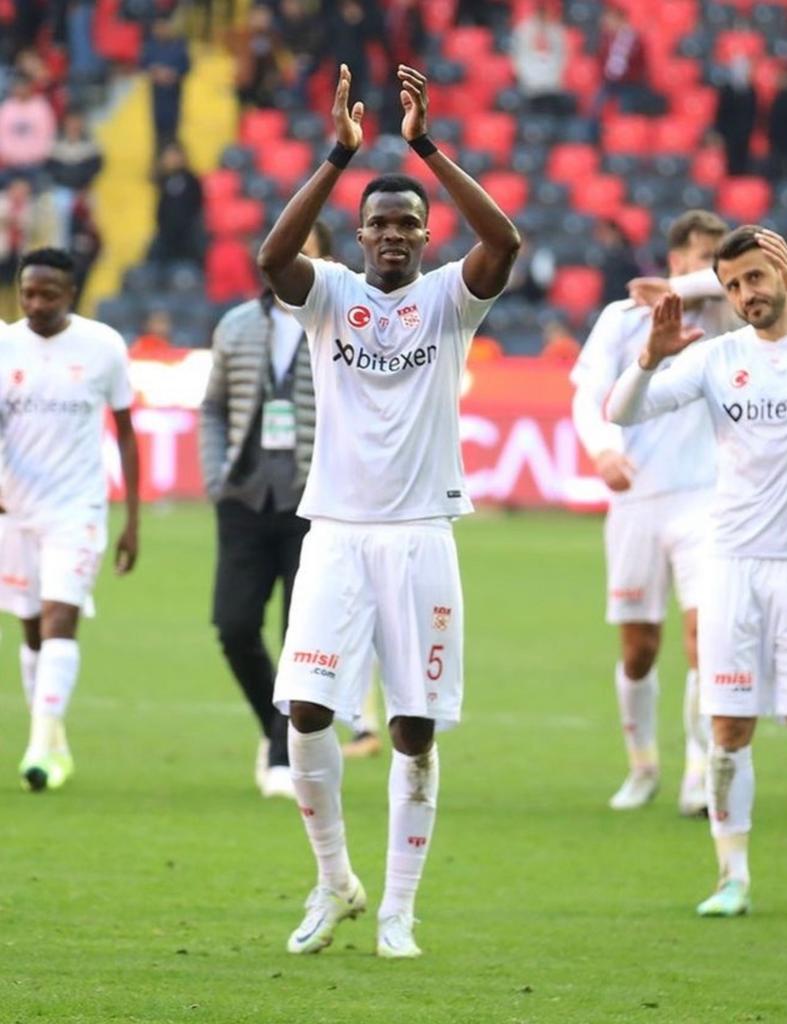 Ghanaian midfielder Isaac Cofie was impressive in his first league game of the season for Sivasspor who beat Gaziantep 2-1 in Turkey Superlig.

Cofie earned a starting place after an impressive performance in the Turkey Kupasi cup where Sivasspor defeated Karacabey in the round of 16 by three to nil.

The 31-year-old was in his usual combative elements producing 25 accurate passes, attempted 14 duels, made five important tackles, two crucial interceptions and one block in 90mins.

Sivasspor who have been struggling in the league this season took the lead in the 14th minute through Mustapha Yatabaré and theqn doubled their advantage in the second after a header from Caner Osmanpaşa in the 48th minute.But the home side managed a consolation in the 60 minute by Mustafa Eskihellaç.

This victory takes Sivasspor to 16th on the league log. Prior to the win, they had failed to record a win their last three league matches.