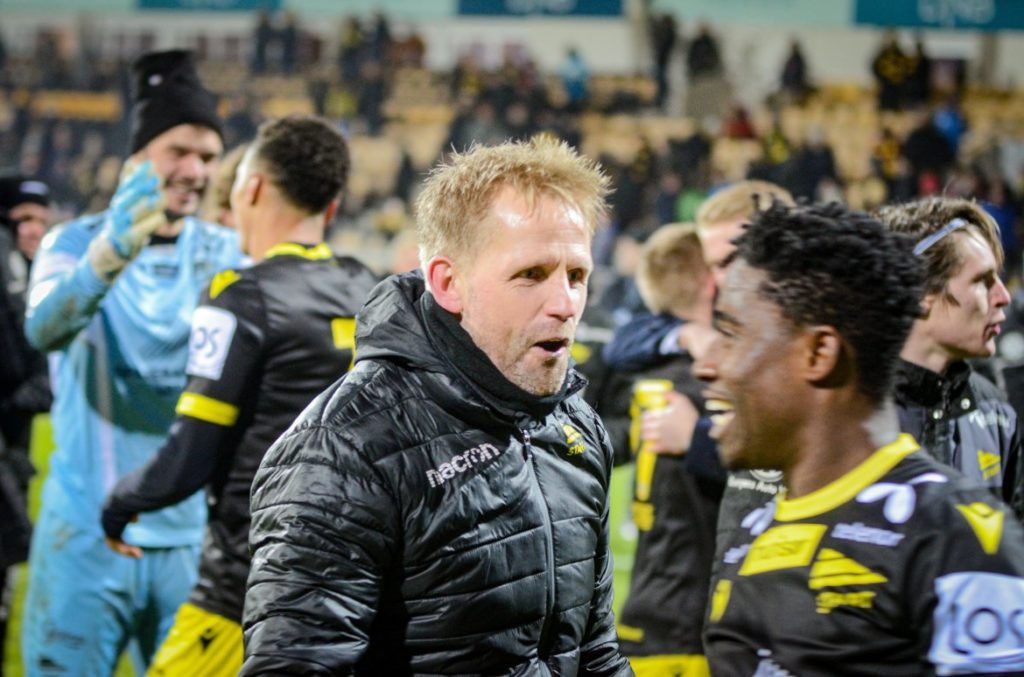 Isaac Twum celebrates with his coach

Ghanaian midfielder Isaac Twum is hoping to help IK Start make an impact in the Norwegian top-flight next season after playing in key role in their promotion.

Former Inter Allies midfielder is expected to be a key starter for the club next season despite the expected big purchases to boost the squad for the top league.

Twum has returned home for holidays after the season ended earlier this month as he prepares for next season which starts in May.

He will join the team for pre-season in February and will be hoping despite the purchases he will be a first team starter following his heroics in the playoffs.

Twum came on as a substitute this month in the decisive game and wasted no time in announcing his presence with an assist for the first goal that helped Norwegian striker Martin Ramsland to score a hat-trick on the final night.

Twum made 27 appearances in the regular season before playing in the relegation play-offs.

IK Start are now back to the Elisterien league after just a season in the Norwegian First Division.