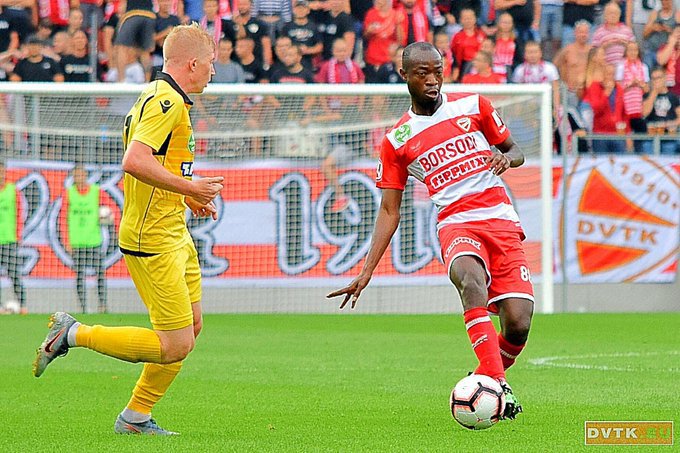 Ghanaian midfielder Joachim Adukor has parted ways with Hungarian topflight side Diósgyőri VTK after just one year, GHANAsoccernet.com can confirm.

Adukor joined Diósgyőri in July 2019 from Bosnian side FK Sarajevo and made only seven league appearances last season.

Diósgyőri were unimpressed the 27-year-old's output and that led to both parties agreeing to terminate their contract mutually.

Adukor is currently in talks with his former club Sarajevo who are bent on bringing him back to the Bosnian league as a free agent.

He has previously played for Gefle IF, CD Trofense, AS Béziers and OFI Crete from 2012 to 2016.