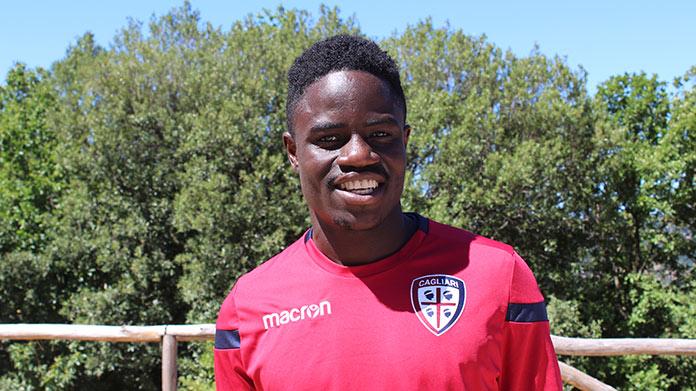 Loaned-out Ghanaian midfielder Joseph Tetteh is determined to return to Serie A Cagliari where he started his career.

The 20-year-old impressed with the youth team of the Rossoblù but could not break into the First Team.

This term, he is the books of Serie D side San Donato Tavarnelle and has managed  13 appearances, 1 goal and 1 assist.

He previously had a loan spell at Serie C side Olbia.

"Here, I feel good," Tetteh told CalcioCasteddu in an exclusive interview. "But it is also true that there were some problems and that were decisive for this step. Obviously, I hope to get back soon and to be able to play real football."

''Cagliari has remained in my heart, I always thought that sooner or later I would return to play there. Who knows."