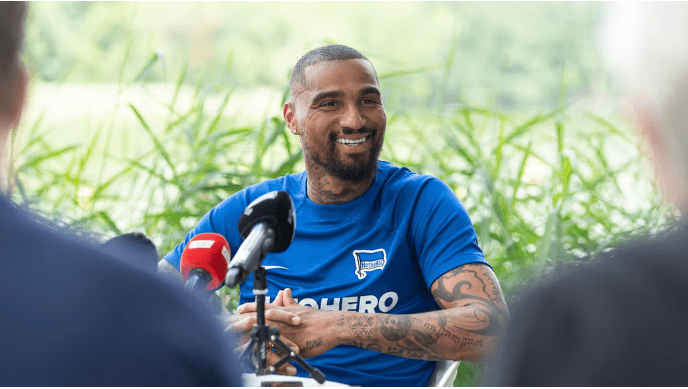 Veteran midfielder Kevin-Prince Boateng has reiterated his desire to play a leading role at Hertha Berlin ahead of the upcoming season.

Ahead of the new season, Boateng reflected on the past campaign and admits he wants to maintain his father figure role at the club.

“I want exactly the same role as last year. I'm there to help be the dad of the young lads and then hopefully show on the pitch what I showed in Hamburg," he said as quoted by Berlin Zeitung.

"Of course, that was Felix Magath's greatness, that he might have understood, okay, the boy is from here. He has the Hertha DNA. He'll do something good for the team," says Boateng.

"I think the fans, the club, those responsible and I felt something after the Hamburg game. We wanted to feel that beforehand. Unfortunately it didn't come to that. But after the game we felt that there was still energy, that something was still tingling.