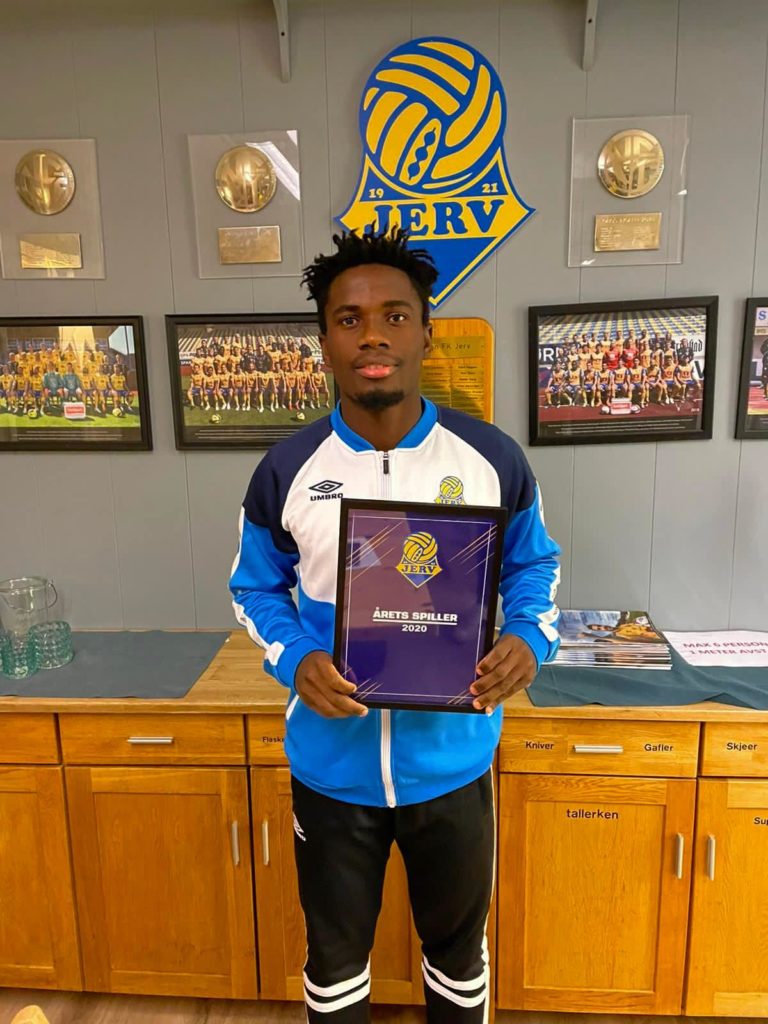 Ghana youth international Michael Baidoo has been named Player of the Season at Norwegian first Division side FK Jerv.

The 21-year-old enjoyed a good loan spell with the club helping them finish 11th at the end of the campaign.

The former Vision FC player was player of the Month for Jerv in August and made the team of the week severally in Norway.

He recently bagged a brace as Jerv beat Grogud.

Michael Baidoo featured on Sunday as Arne Standso's men ended the season with a 1-1 draw against Stjordals-Blink. He lasted the entire duration.

His loan spell with Jerv will end at the end of the month, and he is expected to return to parent club Midjtylland as he seek to fight for a position at the Danish side.

His impressive spell in Norway could force Midtylland manager Brian Priske to make a decision on his future.

Baidoo represented the Black Satellites of Ghana the Africa Youth Championship in Niger 2018.