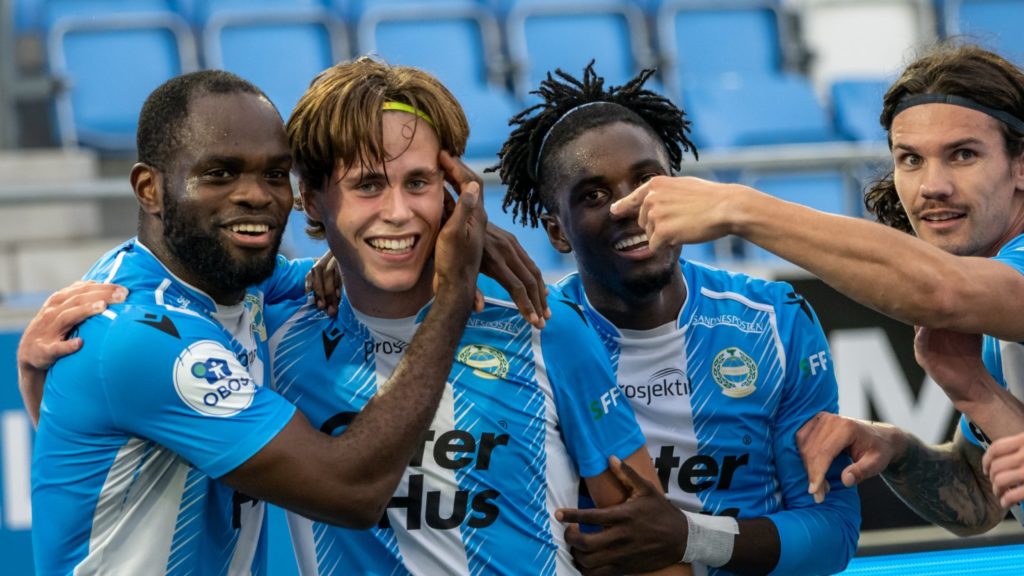 Ghanaian midfield dynamo, Michael Baidoo was on target as Sandnes Ulf thumped Moss in the Norwegian Cup on Wednesday.

The former Ghana U-20 star netted just a minute after Jostien Ekeland had cancelled Thomas Klemetsen's opener for the hosts, Moss.

Baidoo's goal set the tone for the rest of the game as the visitors traveled to Mellos Stadion to beat Moss 7-1 and advance to the fourth round of the competition.

Mathias Bringaker and Erlend Hustad add two goals to make it 4-1 before half time.

And with the game beyond Moss, Maxwell Michael Effiom second half brace was then sandwiched by Ekeland's second of the day.

Michael Baidoo is enjoying a good season, since joining Ulf from rivals Jerv, where he was player of the season last year.

He has been Sandnes Ulf's top star in the ongoing campaign, having scored five goals in all competition.