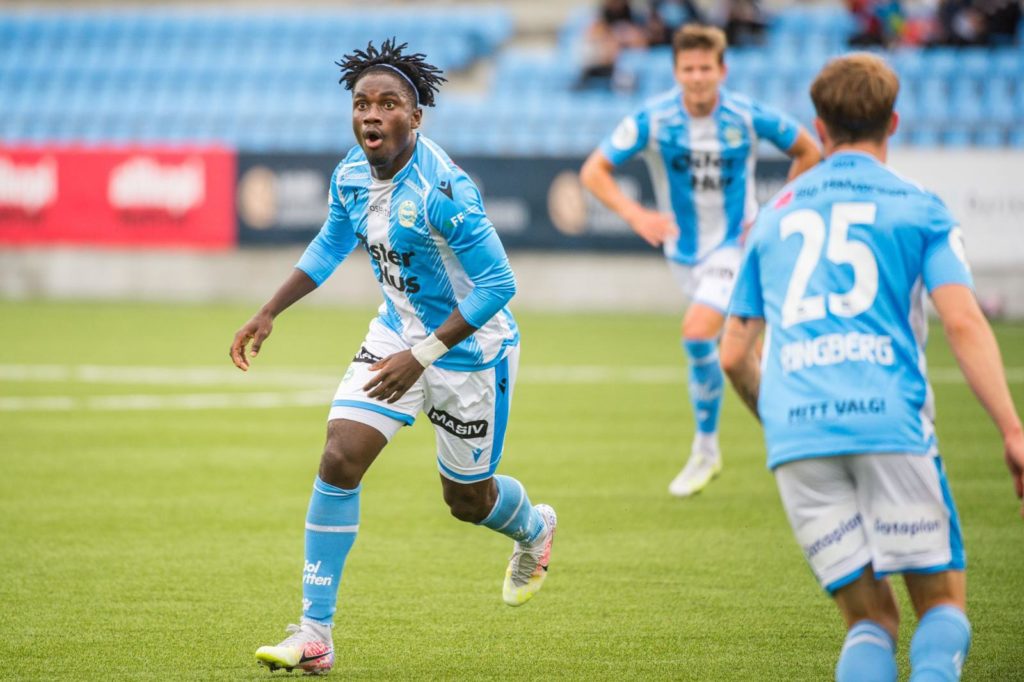 Ghanaian midfielder Micahel Baidoo is set to leave Sandnes Ulf after six months with the club.

The Norwegian club are negotiating the attacking midfielder’s exit despite Baidoo performing creditably well in his debut season.

Baidoo scored five goals and provided seven assists in the season that concluded recently, with Sadness missing out on top-flight promotion.

Baidoo moved to Sadness last summer from fellow second-tier side FK Jerv. He signed a three-year contract until December 2024.

The 22-year-old is expected to remain in Norway where he has a lot of suitors.