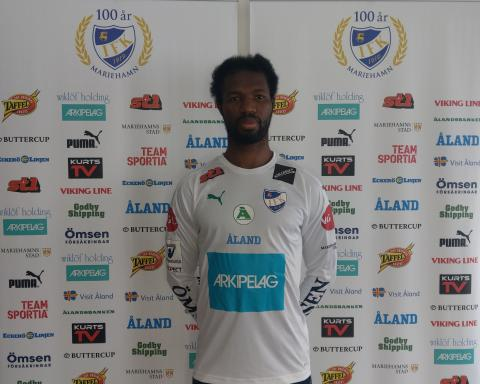 The midfielder joins IFK Mariehamn till the end of the season after ending his stay with Swedish outfit Helsingborg IF.

Abubakari, who is 35 spent most of his career in Sweden where he played for Åtvidabergs FF, BK Häcken and Helsingborgs IF.

“Abubakari is a very established and experienced football player who played at Allsvenskan level for a long time and the last three seasons he has done just under 80 games for Helsingborg so we think we have found a bit of a midfield general for this year's team building,” says Sporting Director Peter Mattson.

“In Abubakari we expect to get a ball-safe central midfielder who can control the game centrally with the ball but also own the surface just in front of the midfielders on the defensive and we believe he will have all the conditions to keep a high level in Veikkausliiga and be a really good injection in our team building,” he added.