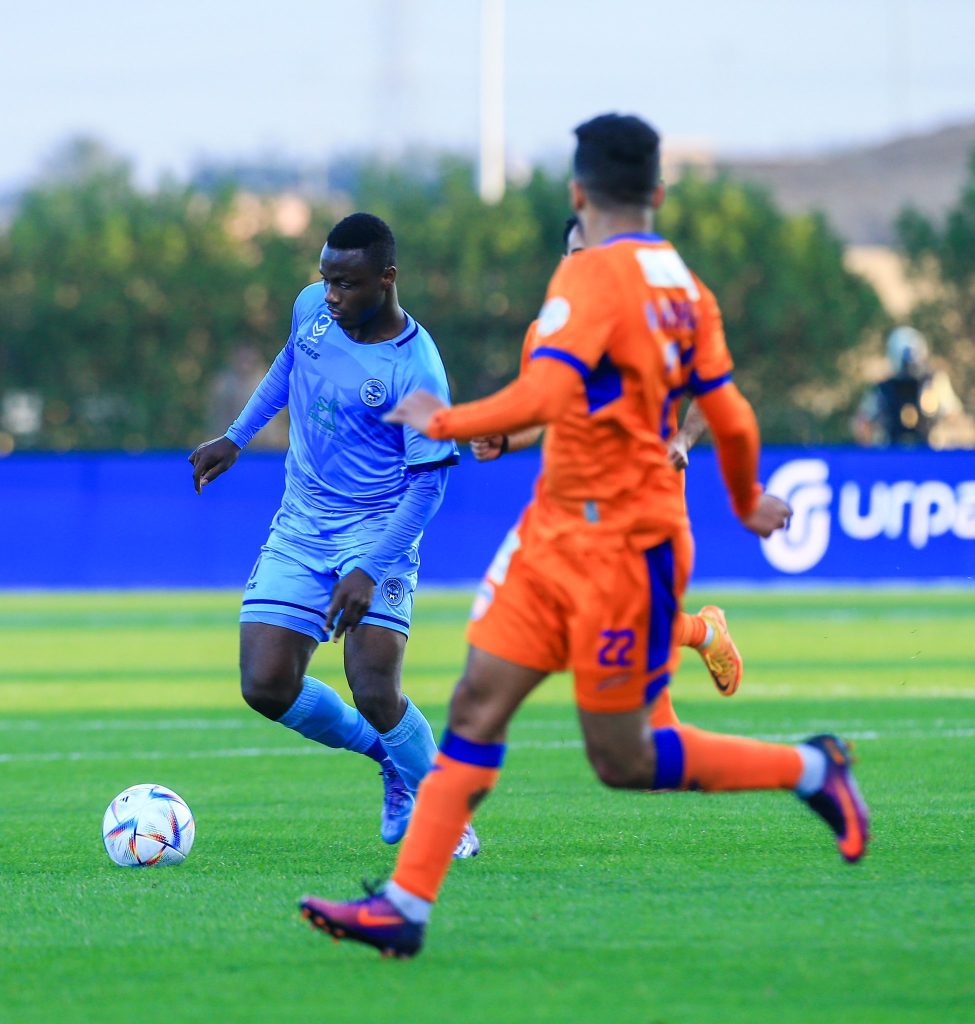 Midfielder Mudasiru Salifu was handed a starting role on his debut for Al Batin FC in the Saudi Pro League.

The 25-year-old lasted 80 minutes as Al Batin secured their first point in six games after a 2-2 draw against Al Feyha on Saturday afternoon.

Hosts Al Feyha got off to a great start after Brazilian forward Paulinho netted the opener just 15 minutes into the game.

Salifu, who worked tirelessly in the middle was replaced with ten minute remaining by Nawaf Al Sehimai.

The draw is the second point for Al Batin in 12 matches this season in the Saudi Pro League.

Salifu joined the Saudi outfit on loean from Asante Kotoko till the end of the 2022/23 season.