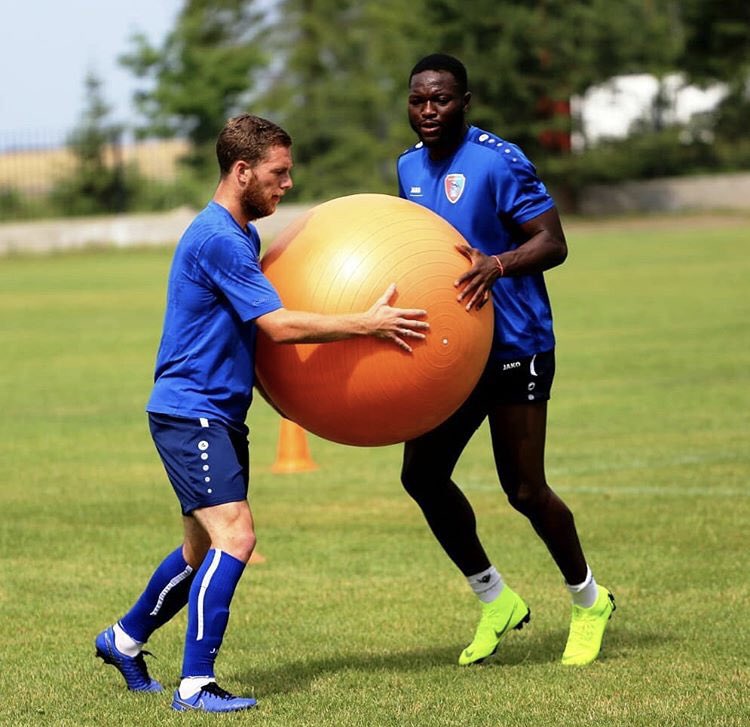 The 26-year old joined the newly promoted Russian Premier League side after ending his stay with Belarusian side Dinamo Minsk last week.

He has immediately joined the club for preseason as they prepare for next season's Russian top flight league.

The younger brother of former AC Milan and Inter midfielder Sulley Muntari penned a one-year contract with an option for another year.

FC Tambov, founded in 2003, gained a historic promotion to the Russian top-flight after winning the 2018/19 Russian National Football League.