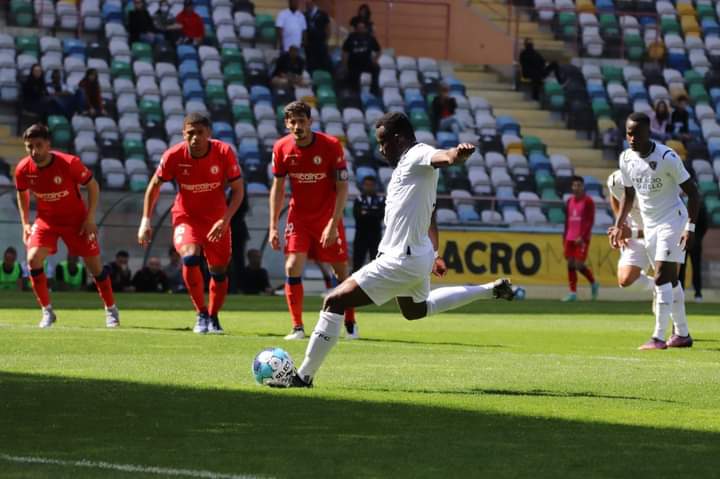 Ghanaian midfielder Paul Ayongo found the back of the net for Academico Viseu in their home triumph over CD Trofense in the Liga Portugal 2 on Saturday.

The 25-year-old netted the match winner for the hosts who claimed a 2-1 win in the end at the Estadio do Fontelo in the matchweek 30 encounter.

Angolan forward Valdemar António Almeida known as "Pana" scored the opening goal of the match in the 11th minute for the home side.

Ayongo converted a penalty kick six minutes later to double the advantage for Academico making the scoreline 2-0 at halftime.

Trofense got a consolation just six minutes after the break through Bruno Almeida.

Ayongo takes his tally in the season to 6 goals in 29 appearances in the Portuguese second-tier league.