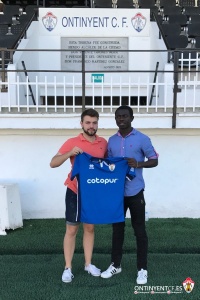 The former Right To Dream Academy player joined Ontinyent CF from Sporting Covilla where he had an impressive show last season.

Agyemang made his professional debut in the First Capital Plus Premier League for New Edubiase United on 23 April 2016 in a game against Asante Kotoko.

He won the best player in the Irish League in 2015 due to his exceptional pace and playmaking ability for Limerick FC in Ireland.

He will join compatriot Michael Anaba, who joined the side on loan two weeks ago.