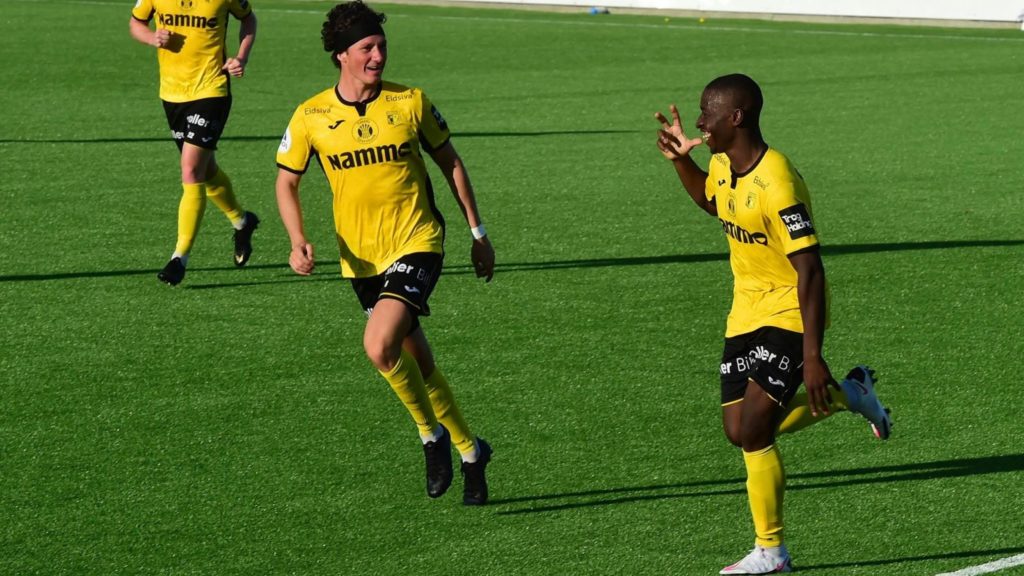 Ghanaian midfielder Soloman Owusu was on target for Raufoss in their 1-1 draw against FK Jerv in the Norwegian first division on Friday night.

The midfielder finished at attack started by Emil Breivik spiller and Kristoffer Nessø, after receiving the ball from the latter before cooly slotting in for his first of the campaign.

Owusu's 51st minute goal looked to have sealed victory for the home side, but a late injury time goal from Espen Ramse Knudsen salvaged a point for the visitors.

The 24-year old lasted the entire duration, playing a pivotal role in the hearty of midfield.

Compatriot Michael Baidoo also featured for FKJerv, and played the entire duration for the Woverines.