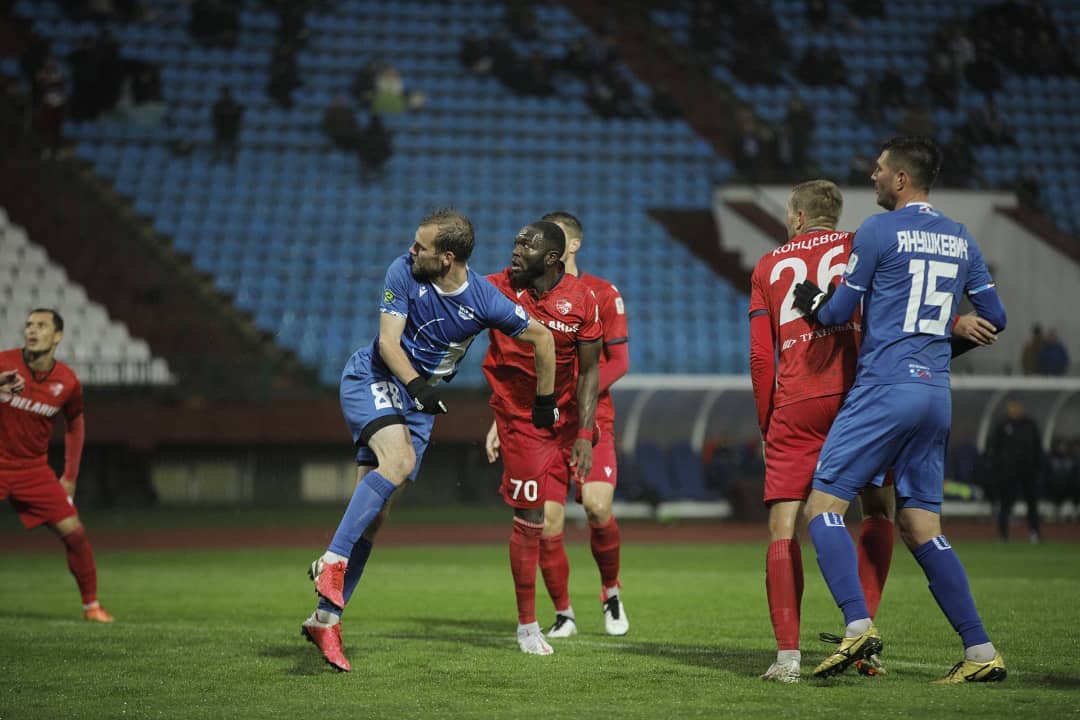 Ghanaian midfielder Sulley Muniru netted his second goal of the season for FC Minsk despite suffering defeat to Vitebsky in the Belarusian league on Sunday.

The former Asante Kotoko player broke the deadlock after just four minutes but a rampant second half performance from the hosts ended with Minsk losing 3-1 at the Centralnyj Stadion.

Maranhao completed the scoring with a 90th minute strike to condemn the visitors to their fifth straight defeat.

Muniru returned to Belarus after a brief spell with Ghanaian giants Asante Kotoko.

He has since made 17 appearances for Minsk this season, scoring two goals for the club.