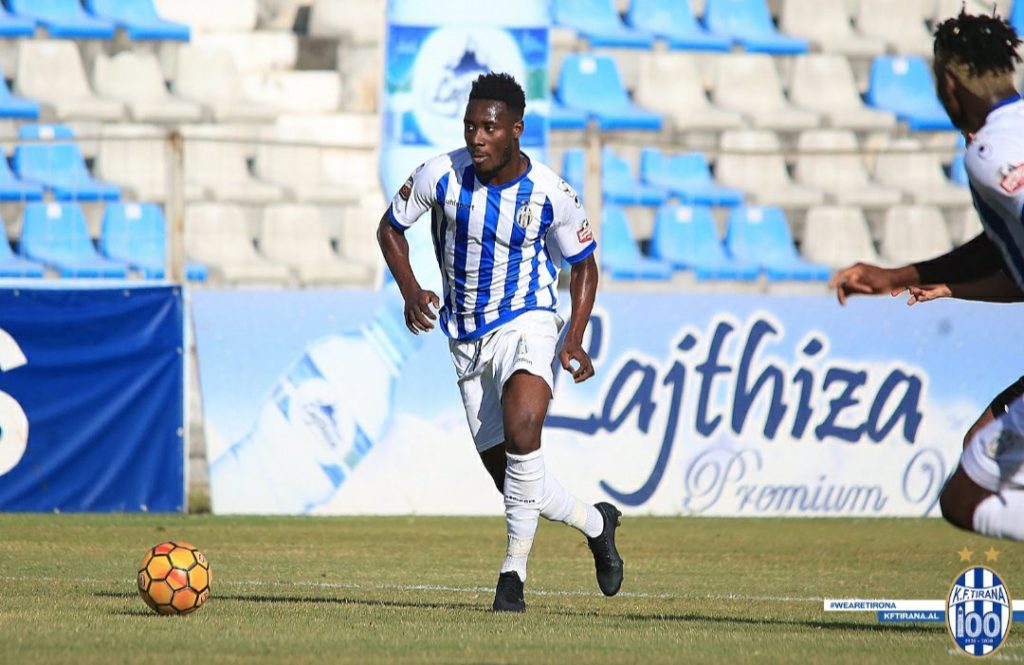 Former Hearts of Oak midfielder Winful Cobbinah will play in the UEFA Champions League next season after helping KF Tirana to win the Albanian top-flight.

Cobbinah played a significant role for the Blue and Whites as they ended a 11-year league drought to claim their 25th title in history.

The 28-year-old scored seven times and provided two assists in the 29 matches for the Tirana this campaign.

For winning the Albanian top division, Tirana have secured a place in the 2020/2021 season of Europe's most prestigious club competition.

Cobbinah joined Tirana in 2018 after aiding Ghana to win the 2017 WAFU Cup of Nations in Cape Coast.