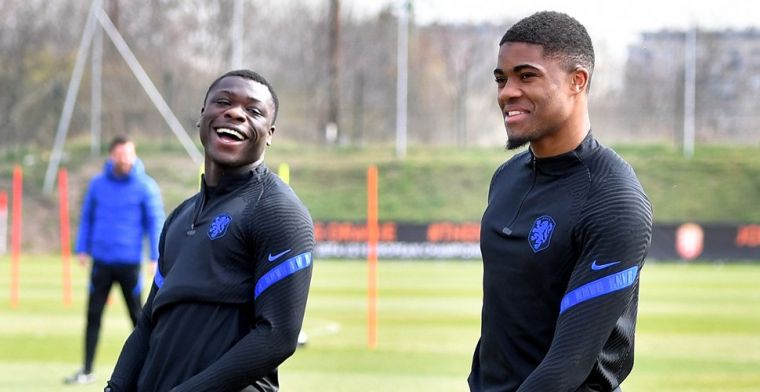 Ghanaian duo Mryon Boadu and Brian Brobbey scored for Netherland's Under-21 in their 6-1 thumping of Hungary to move top of Group A of the European Championship.

Boadu scored through the spot kick while Brobbey got his name on the scoresheet with a minute left on the clock as the Netherlands move ahead of Germany.

The two African talents are combining effectively to hand Dutch football a big victory to keep an eye on the quarter finals of the European Championship U21.

"I already knew Brian, he lives near me," Boadu explains to De Telegraaf . "He is doing well at Ajax, we give each other the best and can also play together. Hopefully we will get the chance to play together again. Too bad it hasn't happened yet," but this is the Juniors, a European Championship. Brian and I know how we play from each other, our click is self-evident. "Boadu said before the match.

Boadu, who plays for AZ, has scored six goals in the last five Eredivisie matches and scoring a hat-trick against Feyenoord.