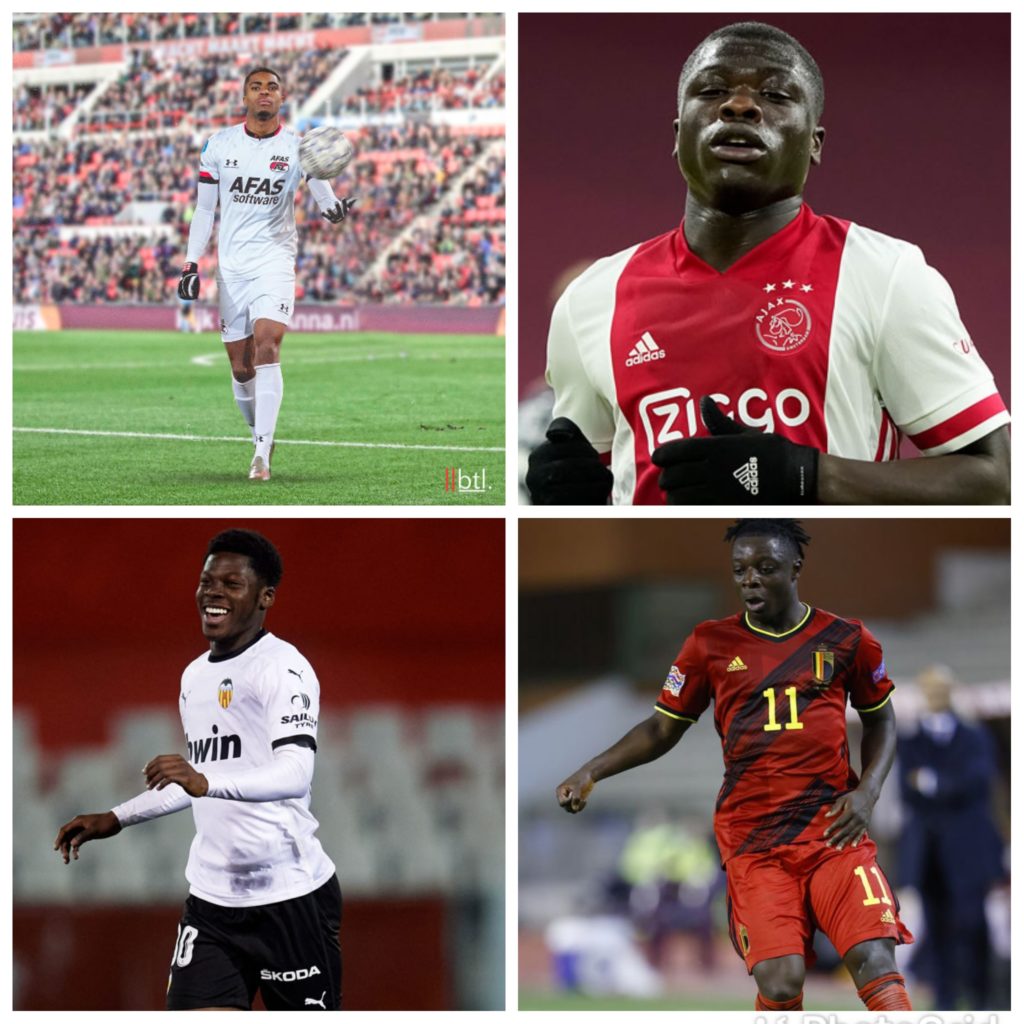 The award is given by a panel of European sports journalists to the best U21 player playing in Europe every year.

The young quartet earned the nominations after an exciting and outstanding campaigns with their respective clubs in the 2020/2021 season.

Myron Boadu (20) had an impressive season with AZ Alkmaar in the Dutch Eredivisie and the other competitions having scored 15 goals and provided two assists in all competitions. He was also instrumental for the Netherlands in the 2021 Euro U21 Championship where he netted three goals in four matches with an assist to his credit.

Jeremy Doku (19) is touted to be the next big thing in the Belgian football with his talent and potential. He finished the French Ligue 1 season as the best dribbler ahead of Neymar, Angel Di Maria amongst others. Doku made 36 appearances in all competitions and scored two goals and assisted thrice which earned a place in the Belgium squad for the Euro 2020 tournament.

Yunus Musah (18) who plies his trade at Spanish side Valencia CF is an amazing talent and has been tipped for greatness in future. The former Arsenal youth star made 35 appearances and netted two goals in the La Liga and Copa Del Rey in the season. Musah made his debut for the USA national team in November 2020.

Brian Brobbey (19) was an excellent in the season for Ajax Amsterdam where he scored 6 goals and provided two assists in 19 appearances in the Eredivisie, UEFA Europa League and others. Brobbey was part of the Netherlands U21 squad for the 2021 Euro tournament and scored once in three matches.