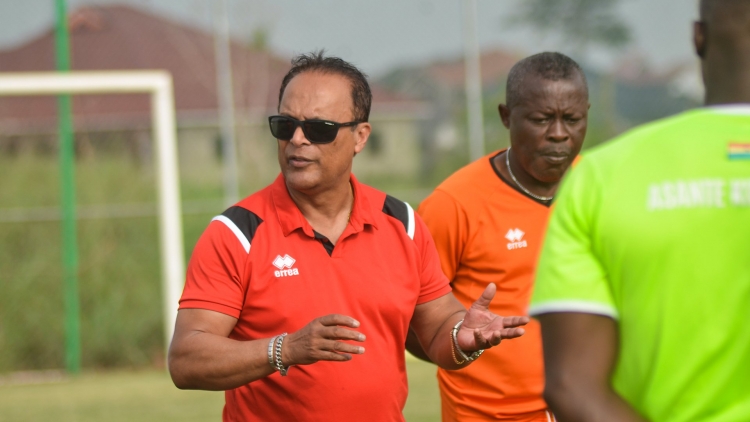 The Portuguese coach made this comment on the back of his two players sustaining various degrees of injuries in their matchday 19 game against Berekum Chelsea at the Len Clay Sports Stadium over the weekend.

“Ghana has skillful players and the referee has to protect these players. I like warriors, my team is full of warriors but we don’t kick our opponents. You didn’t see any of the opponent’s player come off injured today”, the former Black Stars coach said after the game.

The Porcupine Warriors won the game 2-0 to go top of the league table.

Left-back Ibrahim Moro sustained a nasty injury that could see him on the sidelines for a long time.

“I have two players injured. The work of the referee is not only to whistle, he also has to protect the players. Now I have a national team player injured, I don’t know how long he’ll be out.

Meanwhile, Baretto has assured Asante Kotoko fans that his team will start playing well from the sixth week.

“We need more time, maybe in six weeks we’ll start playing the way I want my team to play”.

Asante Kotoko is on top of the Premier League table with 34 points following last Sunday’s win against Berekum Chelsea.

The Porcupine Warriors travel to the capital to face Great Olympics at the Accra Sports Stadium on matchday 20.