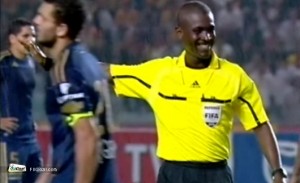 Four Ghanaian referees have been appointed to officiate in this weekend'sÂ ConfederationsÂ Cup match between Motemba Pembe and JS Kabily.

Joseph Lamptey will be the center referee of the game on Saturday and would be ably assisted by A.S Malik and David Laryea.

Kumasi-based Reginald Lambridge completes the quartet in his role as the fourth official.

Meanwhile, two female referees have also been named to officiate in the All Africa Games in Maputo, Mozambique.