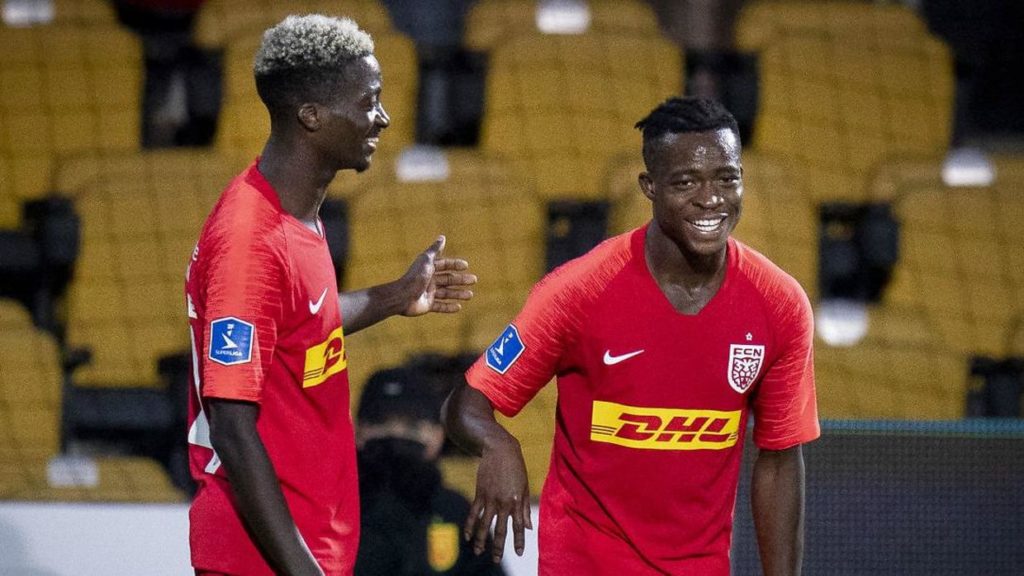 The 19-year-old FC Nordsjaelland attacker was a subject of interest for the Bundesliga outfit in the winter transfer window after preparing a mouthwatering offer for the winger, but Sulemana rejected the deal.

Kamaldeen Sulemana in January had no representatives and with his stock rising, some agents who were hoping to work with him promised him of a dream move to Barcelona, leaving the player unsure of his next destination.

His club FC Nordsjaelland had already agreed terms with the Bayer Leverkusen but the Ghana international had the final say.

And after a long and hard thought, the player declined a move to Germany despite the interest showed by the 2002 UEFA Champions League finalist.

Since then Kamaldeen has popped up on the radar of several clubs and just before the end of the Danish Superliga Ajax sent Football Director Marc Overmars to watch the player.

He is also been monitored by Manchester United, having showed glimpses of quality in Denmark.

Sulemana ended the season with 10 goals in 29 appearances for FC Nordsjaelland.