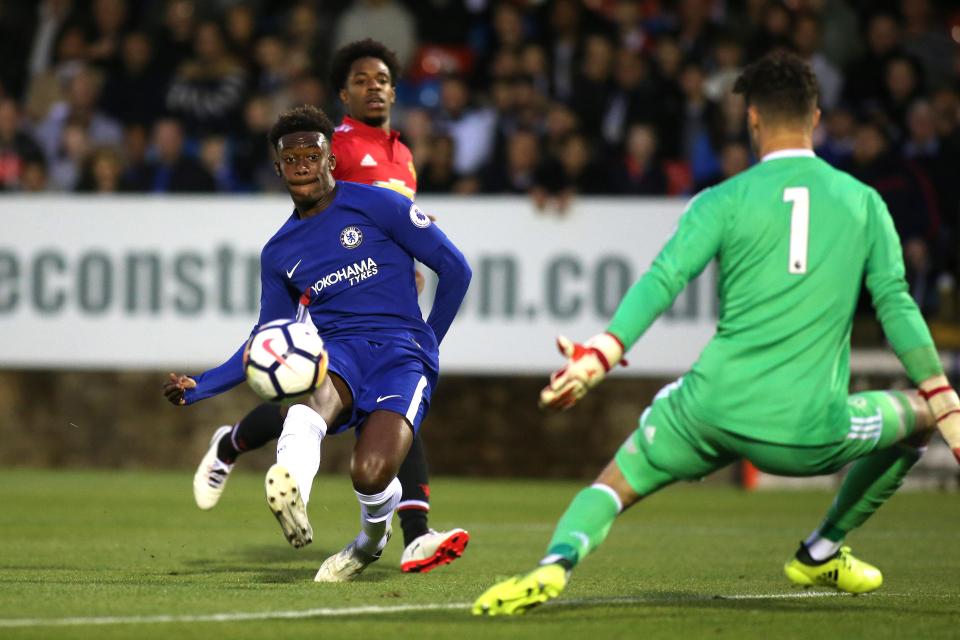 English-born Ghanaian Callum Hudson-Odoi stole the show on Monday night with brace in the 2-2 draw with Manchester United in reserve league at the EBB Stadium.

The 16-year-old England youth international rattled the woodwork in the early stages after racing past the helpless full-back’s with his blistering pace.

United broke the deadlock with their first shot, following some admirable build-up play from McIntosh-Buffonge.

Hudson-Odoi came close to scoring the leveller just moments before the half-time whistle, but Kieran O’Hara parried the strike to safety.

United headed into break boasting a one goal advantage, despite Chelsea’s dominance.

The Blues continued their fine form after the break, with Isaac Christie-Davies missing another golden opportunity to score following a delivery from Mulheim.

The Red Devils doubled their tally after Chelsea struggle to defend another corner.

James Wilson escaped his marker and knocked the ball home from six-yards out.

It took Chelsea 15 minutes to score their first of the occasion, with Hudson-Odoi putting the chance on a plate for Christie-Davies to tuck into the bottom corner.

The late strike injected the Blues with energy and it wasn’t long before they found the equaliser.

Hudson-Odio got his name on the score sheet this time. He chased an over-the-top through ball and dinked it past the keeper effortlessly. Comeback complete.