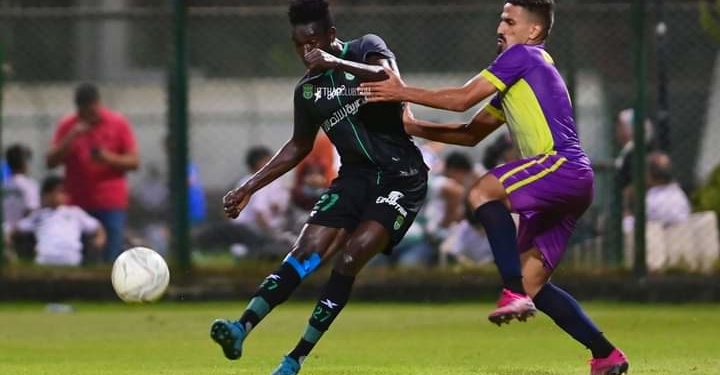 Ghanaian striker Benjamin Bernard Boateng scored a brace for Al Ittihad on Tuesday evening, but it wasn't enough as the team was defeated 4-3 by Future FC.

Boateng was introduced in the second half but made an impact by scoring two fine goals.

He scored his first goal only three minutes after entering the pitch.  Six minutes later, he was presented with a great opportunity, and he took full advantage, firing his effort into the back of the net.

But Future FC's three goals in the first half helped the team survive the late scare, as the team held on to win 4-3 at the end of the thrilling match.

With today's goals, Boateng now has three goals and two assists in 14 appearances.

The talented youngster joined the Egyptian Premier League club prior to the start of the previous season and has gradually established himself as an important member of his team.