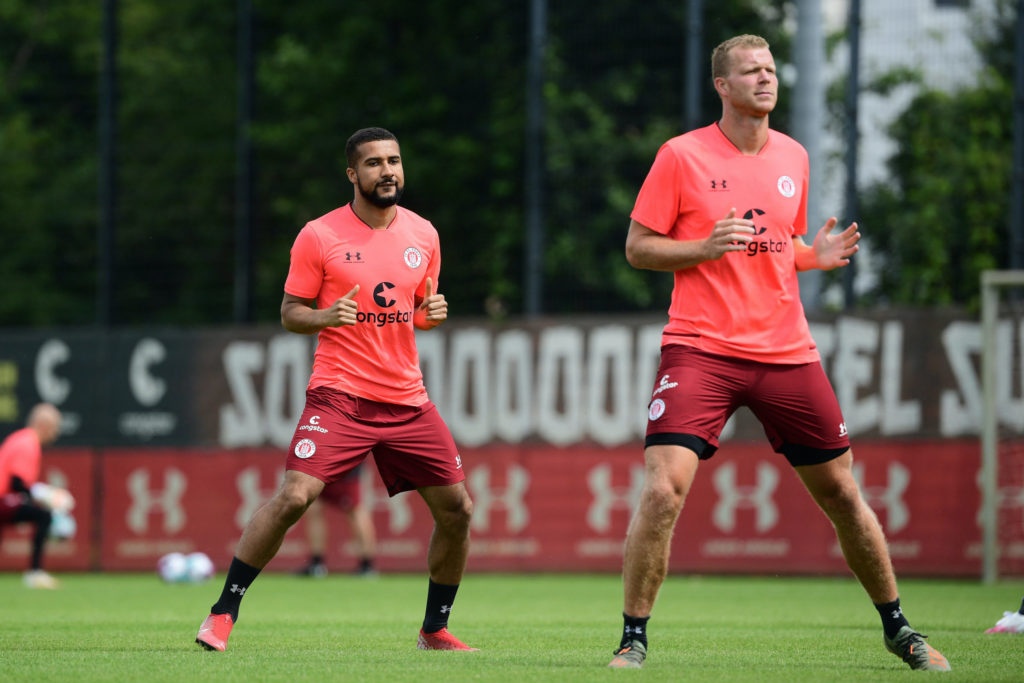 German-born Ghanaian striker Daniel-Kofi Kyereh has started training with his new club FC St. Pauli ahead of the start of the new season.  Kyereh and his new teammates trained for the first time on Sunday.

The 24-year-old joined the second-tier side on a three-year deal last month. He left relegated side SV Wehen Wiesbaden following the expiration of his contract.

St. Pauli coach Timo Schultz believes Kyereh will be a very good addition to his squad for the 2020/2021 season as he provides attacking options.

"Kofi will greatly enrich our forward play. He's a versatile, strong-running striker who carries a goal threat and will give us additional tactical options in attack.

And that's exactly what I expect of him: that he brings his strengths – such as his goal threat – to our game. We're looking forward to working with him!"

Kyereh made 28 appearances for Wehen in the German Bundesliga 2 this season where he netted 6 goals and also made 7 assists in the process.