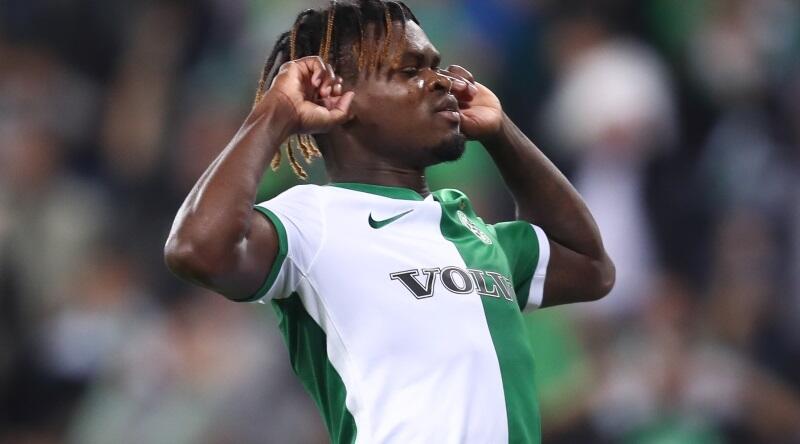 Former FC Nordsjaelland striker Godsway Donyoh is considering returning to Denmark after being relegated to a substitute role in Israel.

Donyoh celebrated winning his second consecutive Israeli league title with Maccabi Haifa recently, but he is unhappy there and wants to leave.

His Maccabi contract expires in June, but the club have the option to extend it for another two years. He moved to Maccabi from Nordsjaelland in 2020.

In Israel, he has 71 games under his belt, 14 goals, and five assists.

The Ghanaian has played in 39 games this season, including the Israeli league Ligat ha'Al, the cup tournament, and other European qualification matches.

However, he has mostly served as a substitute in recent months.

FC Nordsjaelland is still the club where Donyoh has had the most success and played the most games in his career.

Donyoh came to Farum from Manchester City's U21 team in January 2016 and was interrupted by a rental stay to Dynamo Dresden in the 2nd Bundesliga in the spring of 19/20, he reached a total of 84 matches and 28 goals for FC Nordsjælland.

Donyoh himself also remembers the time in Denmark with great joy, and therefore he can, according to Ekstra Bladet's information, become relevant here in Denmark again this summer.