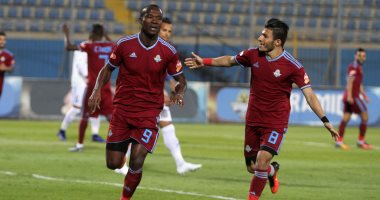 Ghanaian striker John Antwi was on target for Pyramids FC in their 2-2 draw at home to Aswan in the Egyptian Premier League on Wednesday night.

The 27-year-old, who is  Egyptian League’s all-time foreign top goalscorer, opened the scoring for the side after just seven minutes before Ethiopia international Oumed Oukri pulled parity.

Mohammed Farouk put the host back in front on 45 minutes before Oukri completed his brace for the visitors in the second half.

Pyramids are second on the Egyptian Premier League table with 12 points, same as Al Ahly who sit top with two games to in hand.

Antwi will shift his focus to the side's first ever CAF Confederation Cup group stage match against Nigeria's Enugu Rangers on Sunday.