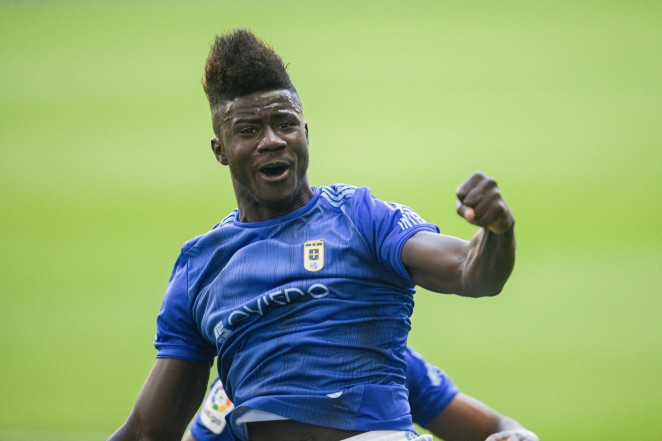 The 22-year-old signed the contract on Sunday after negotiations concluded successfully after it started last month.

Obeng was offered the new contract as his previous deal with the club was set to expire at the end of the month.

He was offered the new contract thanks to his excellent performances for the Segunda club last term.

With the new season looming Ovideo have moved to tie from down for the next three years to properly secure his future.

The striker, who will continue to occupy a place in first-team will stay with the club until August 2023.

The Ghanaian, who joined the ranks of Real Oviedo last season, has earned a place in Cuco Ziganda's first team.