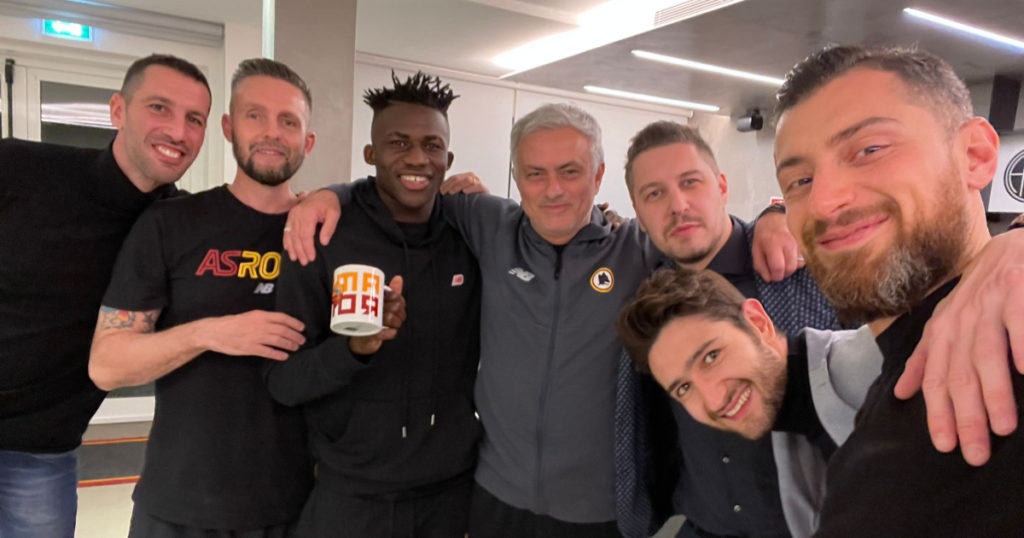 Afena-Gyan and his AS Roma teammates surprised the Portuguese tactician as they presented a cake to him in the locker room.

"A special day for The Special One. Happy Birthday to the Boss," he wrote on Twitter.

A special day for The Special One. Happy Birthday to the Boss🎂🥂 #JoseMourinho. 🌕 #ASRoma 🔴 pic.twitter.com/0jASaUgbDf

Jose Mourinho gave Afena-Gyan his first shot at the first team of AS Roma, after introducing him in a game against Cagliari in November 2021.

The player, who turned 19 this month netted a brace against Genoa to mark his first two goals for the club and has since been a member of the first team.

Afena-Gyan rejected a Black Stars call up for the World Cup qualifiers Ethiopia and Zimbabwe, before he was dropped for AFCON 2021 last month.