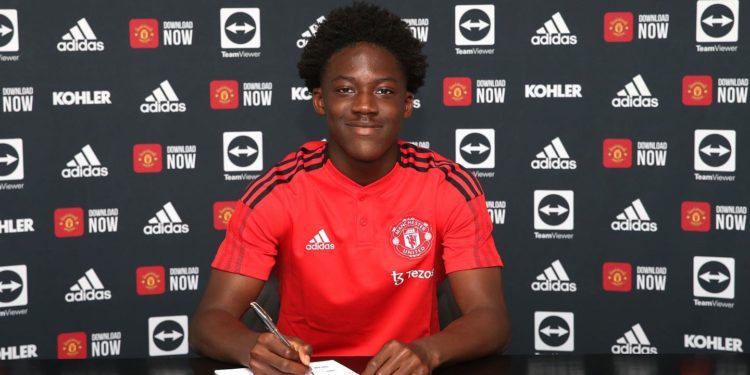 This comes after the 17-year-old, who was born in Stockport, wowed everyone at Old Trafford with his outstanding performance in the FA Youth Cup final, which United Academy won.

Mainoo has appeared in 31 games for Manchester United U-18 this season, scoring four goals and assisting on two others.

He was instrumental in Manchester United winning the FA Youth Cup, scoring twice on their way to the final.

If he continues to show his talent and qualities as he did in the FA Youth Cup final, the young midfielder has the potential to become a great player in the future.

That is why the Red Devils gave Kobbie Mainoo his first professional contract; now it is up to new manager Erik Ten Hag to notice him and give the starlet a chance in the first team.

Mainoo is an England youth international as he plays for the U-17 team.