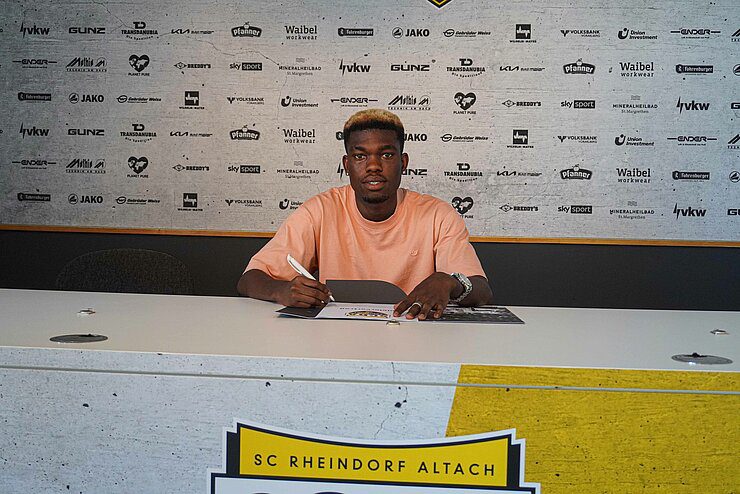 The teenager will spend the entire 2022-23 season at Altach with his loan spell expected to expire in June 2023.

The 19-year-old attacking midfielder joined Red Bull Salzburg in the winter of 2021 from the Ghanaian club West African Football Academy.

He was then loaned to FC Liefering as a cooperation player for two seasons where he made 29 appearances and contributed in 14 goals across the period, scoring 6 goals and providing 8 assists.

This season he celebrated his Bundesliga debut after cameoing in the Red Bull's game against LASK Linz on March 2, 2022.

Amankwah believes joining Altach will be a springboard for his development as an upcoming football star.

"I'm really looking forward to coming to Altach. I see it as the ideal next step in development to be able to really gain a foothold at SCRA in the Bundesliga." he said after signing the contract.

"The talks with those responsible showed me right from the start that I was needed here and that I could contribute to a successful season."

Amankwah will wear number 15 in Altach and has already joined his new team mates, who are in training camp in Braz ahead of the 2022-23 campaign.