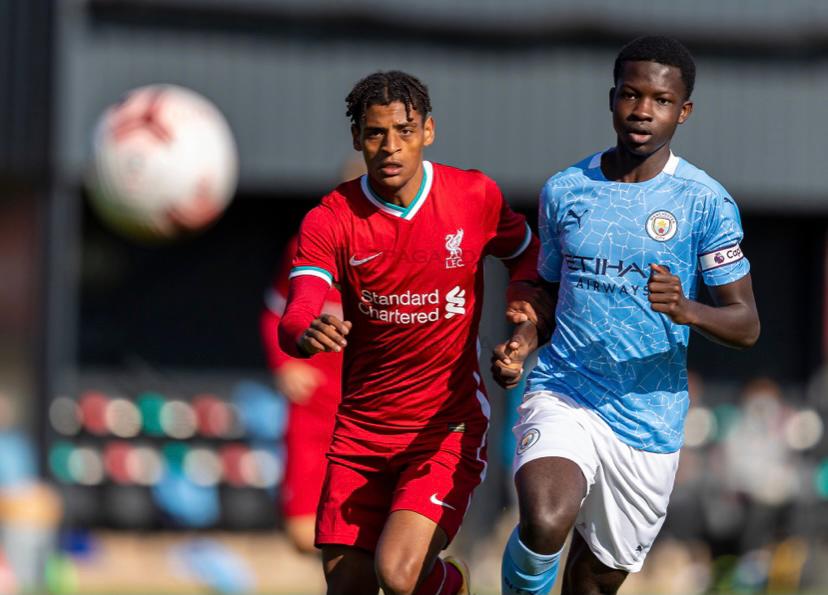 City U18 manager Carlos Vicens named the dependable defender as his captain of his squad that shoot down the Reds in Merseyside.

Another Ghanaian teenage prospect Darko Gyabi bossed the midfield for the Cityzens.

Oduroh,17, has progressed through the City's academy from Under-9's to the Under-18's squad, signing as a scholar in July 2019.

Primarily a right-back but also capable in holding midfield, Oduroh is a committed defensive presence.