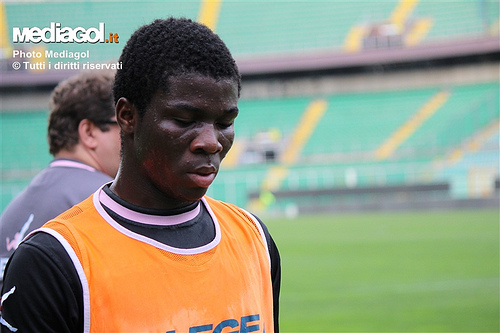 Ghanaian prodigy Godfred Donsah has been promoted to the first team of the Serie A side Hellas Verona.

The 17-year-old was an unused substitute in Sundayâ€™s 1-0 defeat to AC Milan at the San Siro.

Donsah, a defensive midfielder, has enchanted head coach Andrea Mandorlini who could be fielding him before the end of the season.

â€˜â€˜Donsah is so talented and disciplined so much so at his tender age his senior colleagues think he is good enough to start matches for any top-4 club anywhere in the top-5 leagues of Europe,â€™â€™ his agent Oliver Arthur.

He was scouted by Oliver Arthurâ€™s ArthurLegacy Sports and sent to Italy at age 15 for a development programme.