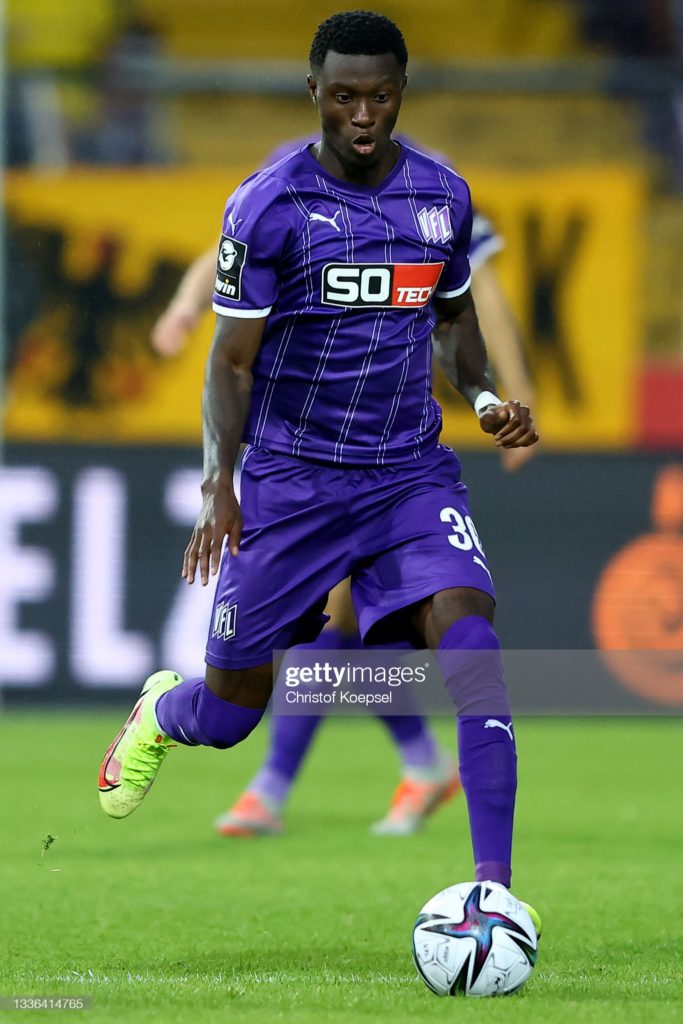 OSNABRUECK, GERMANY - AUGUST 25: Aaron Opoku of Osnabrueck runs with the ball during the 3. Liga match between VfL Osnabrück and Borussia Dortmund II at Stadion an der Bremer Brücke on August 25, 2021 in Osnabrueck, Germany. (Photo by Christof Koepsel/Getty Images)

German-born Ghanaian winger Aaron Opoku registered his eighth assist of the season over the weekend.

Opoku assisted a goal in the thrilling 3-3 draw between his club Osnabruck and SV Waldhof Mannheim in the German third-tier league.

Opoku since moving to Osnabruck hasn’t been lucky in front of goal, not scoring in 13 games.

However, he has been assisting goals for fun. He assisted in four consecutive games after his debut.

He is on loan from second-tier side Hamburger SV.