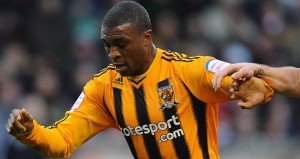 Ghanaian David Amoo has signed for League One outfit Preston North End after his contract expired at Liverpool.

The 21-year-old winger joined the Reds from Millwall five years ago but made just appearance for the club in the Europa League qualifier against FK Rabotnicki in July 2010.

Amoo had loan spells with MK Dons and Hull City before spending last season with Bury.

â€œIt is definitely a step in the right direction for my career joining Preston,â€ he said.

â€œThey have an amazing stadium and great history. I am excited, the club are trying to build a team to challenge to win the league and I want to be a part of that.

â€œThe experience I gained at Bury was fantastic. I got about 30 games under my belt and it was great to play in League One.

â€œI can play on either the right or left and I am already looking forward to next season.â€