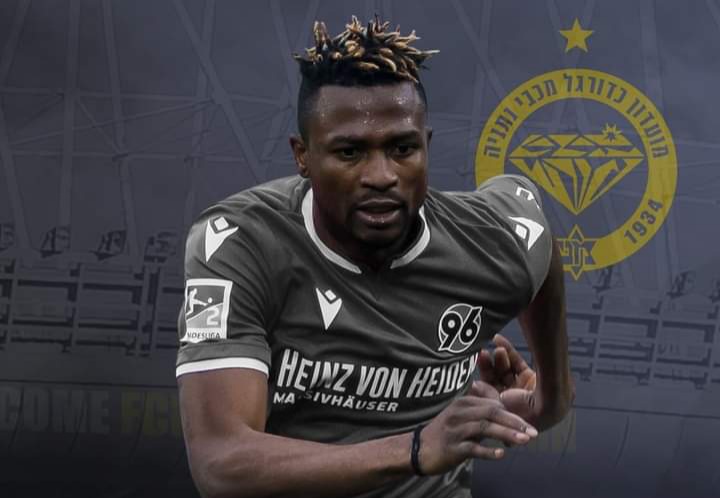 Israeli club Maccabi Netanya have announced the signing of Ghanaian forward Patrick Twumasi in a permanent deal, GHANAsoccernet.com can confirm.

Twumasi signed a year-and-half contract with the club which will expire in June 2023 as he joins on a free transfer after leaving Hannover 96.

The 27-year-old cancelled his contract with the Bundesliga 2 side after he was demoted to the U23 as he was deemed uninspiring.

The Ghanaian winger made 23 appearances last season, in which he scored three goals and provided two assists.

So far this season, however, the winger has played no role at all with Hannover, having only been in the squad five times in competitive games.

Twumasi joined Hannover in September 2020 from Spanish La Liga side Deportivo Alaves in a deal worth around €800,000 for three years.

Before his move to Germany, he had a season-long loan spell in the Turkish Superlig with Gaziantep FK.

Twumasi has previously turn out of Kazakhstani giants FC Anstana, Spartaks Jurmala in Latvia and Russian side Amkar Perm.