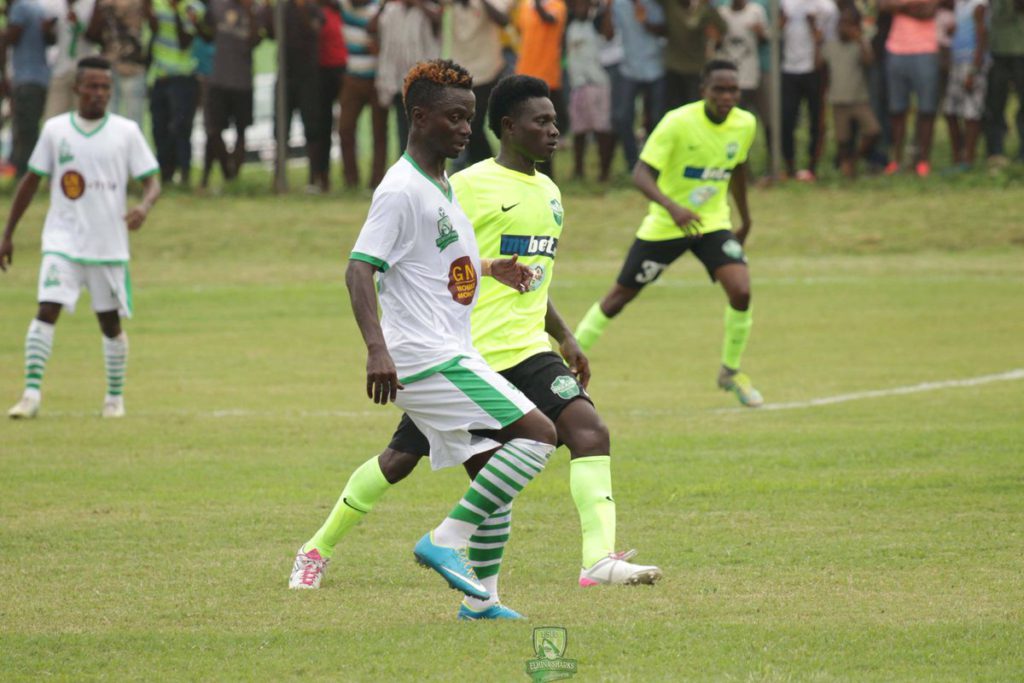 Ghanaian winger Richard Mpong says it his dream to play for a European club before bringing his career to an end.

The 29-year-old has spent his entire professional career in Ghana.

He started at All Blacks in 2006 then moved to Medeama in 2008 and spent four years.

From Medeama, he joined Asante Kotoko where he won two league titles and two FA Cup trophies between 2012 and 2016.

He signed for Aduana Stars in 2016 and spent one season. He currently plays for Elmina Sharks.

“I’ve played all my professional football on the local scene since 2007 and it’s my prayer that one day I will play for a foreign club before ending my career,” he said.

“It’s my dream. I’ve served the local league well and I been praying fervently to get a deal to travel out and play before calling it a day on my career.

“It will be a painful experience for me if I end my career without getting the chance to play for any foreign club.

“Even if I get a six-month deal to play outside, it will be a dream come true,” he virtually begged.

Despite not playing in Europe, Mpong has managed to represent the senior national team, Black Stars.

He has been capped six times.