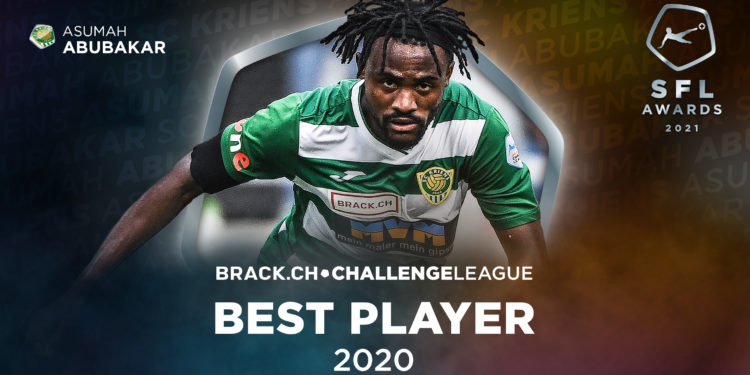 Ghanaian forward Asumah Abubakar-Ankrah has been named the Best Player of the Switzerland Challenge League of the year 2020.

Abubakar-Ankrah was instrumental in the Swiss second-tier last term having bagged 16 goals and provided 6 assists in 38 matches in all competitions for SC Kriens.

Abubakar-Ankrah has switched from Kriens to Swiss top-flight side FC Lugano this winter transfer after an impressive start to the 2020/2021 season.

He netted 7 goals with 4 assists in 12 matches in all competitions before moving to Lugano where he has already made a debut.

Abubakar-Ankrah was selected by Portugal for the 2016 UEFA European U19 Championship, scoring in a 4-3 group stage win over the hosts Germany.

Shortly after, however, after doubts arose regarding his eligibility, the Portuguese Football Federation opted to immediately remove him from the competition.