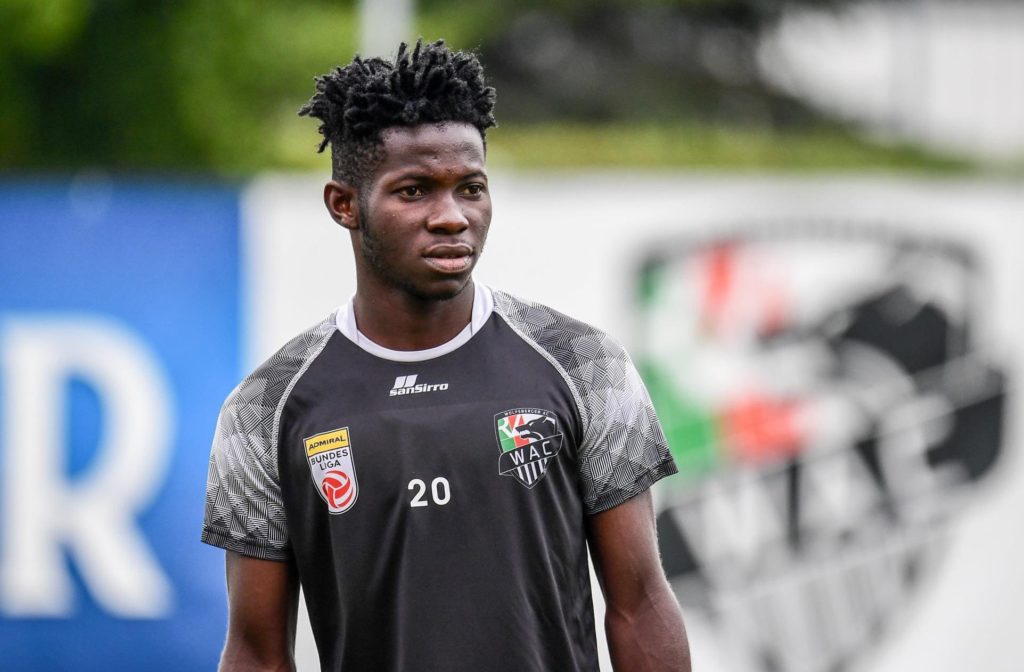 The former WAFA player arrived in Austria last week to seal a four-year deal with the club, but spent some few days in quarantine.

Wolfsberger confirmed the signing of the youngster on transfer deadline day.

"Shortly before the transfer deadline, the RZ Pellets WAC announced the commitment of Augustine Boakye from Ghana. The 20-year-old left-footer comes from the West African Football Academy (WAFA) and receives a contract in Lavanttal until 2025," wrote the club on their official website.

"It still worked! Augustine Boakye is moving from WAFA to the Wolves in Lavanttal, where he will sign a contract until 2025. The offensive all-rounder scored a total of 9 goals in 29 games for the WAFA last season. Augustine also shone with 11 assists, which earned him the title of best assists in the league. The 1.78-meter-tall Ghanaian can hold both the outer lanes and the central positions on the offensive and should make the attack by the wolves even more unpredictable."

The 20-year-old was one of the best players in the Ghana Premier League. He was only beaten to the Player of the Year award by Hearts of Oak's Ibrahim Salifu.

"We are delighted that Augustine's transfer has finally worked out. This gives us another option for our offensive. Now, of course, we want to integrate him into the club and the team as soon as possible," says manager of Wolfsberger Robin Dutt.