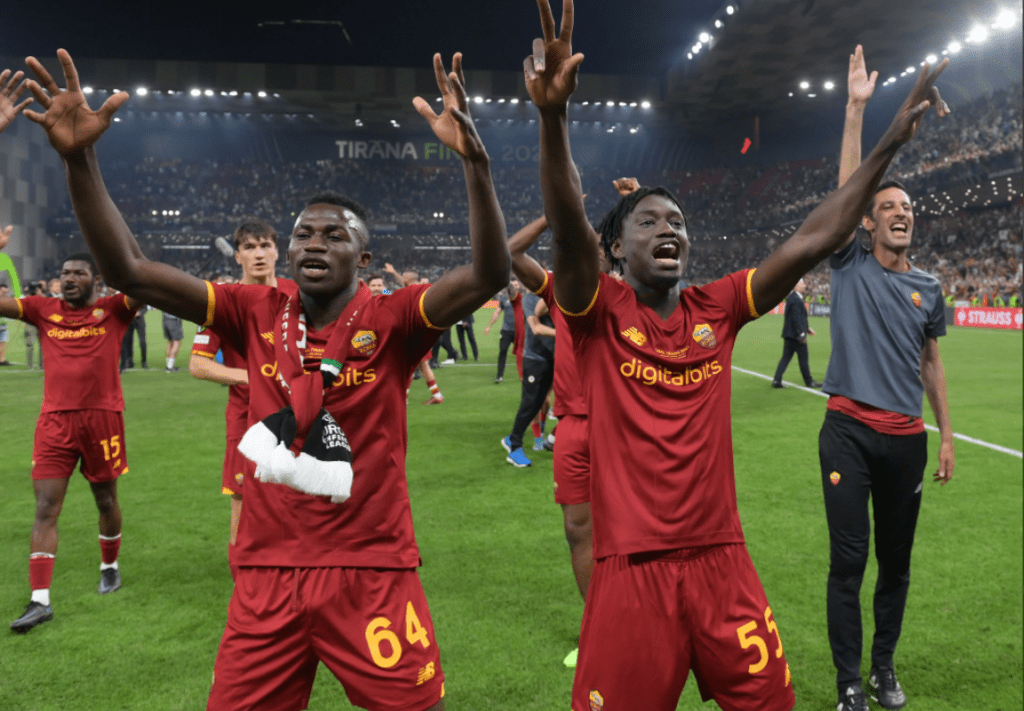 Ghanaian youngster Felix Afena-Gyan is delighted to have won his first career trophy with AS Roma.

The Italian side clinched the inaugural UEFA Europa Conference League title after defeating Dutch side Feyernood in the final played in Tirana in Albania on Wednesday night.

Nicolo Zaniolo only goal in the first half ensured Roma won their first ever European title in the club's history.

The Ghana international who did not feature in the game for Roma was full of joy and happiness after the game.

Felix Afena Gyan has become the youngster Ghanaian to win an European title at age 19.

He has had a remarkable story since moving from Ghana three years ago to join As Roma making his debut for the senior side in 2021.

Felix Afena Gyan is expected to be named in the Black Stars squad for the upcoming 2023 Africa Cup of Nations qualifiers against Madgascar and Central Africa Republic next month.