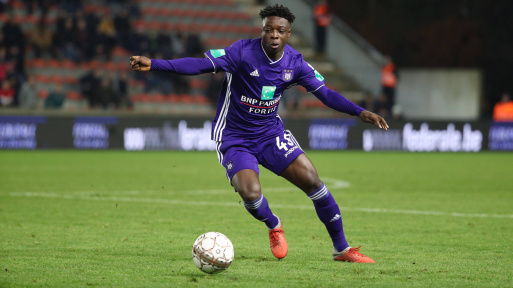 Ghanaian youngster Jeremy Doku could be sold for 25 million euros by Anderlecht in future, according to reports in Belgium.

The 17-year old's recent rise in form has left him with many suitors especially in the Premier League.

He was recently handed a three-year deal which keeps him at the club until 2022.

The Belgium youth international came close to joining Liverpool in 2017 after several English clubs showed interest in him.

Doku is enjoying a fine campaign since earning promotion to the senior side.