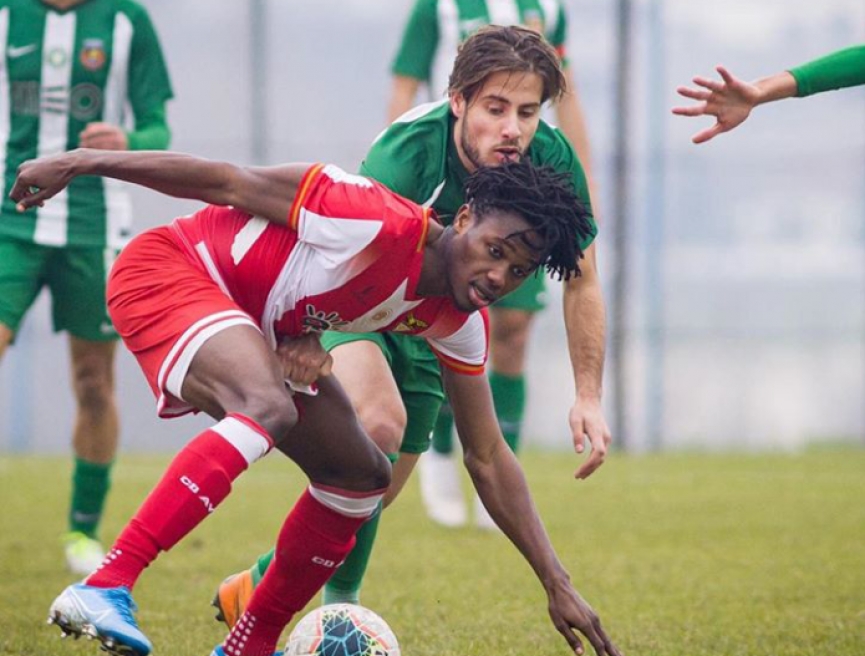 Ghanaian youngster Kelvin Owusu Boateng made his bow for CD Aves in the 1-0 loss against Moreirense in the Portuguese Liga NOS on Monday night.

As CD Aves went in search of the leveler, coach Nuno Manta Santos called upon Kelvin Boateng to replace Pedro Soares in the 85th minute.

The 20-year-old was unfazed by the magnitude of the game by giving a good account of himself.

Boateng earned promotion to the CD Aves first team following his explosive performance at the club's youth side since last season.

The young frontman has netted 13 goals in 26 matches for the CD Aves U23 team in the Portuguese U23 Championship this season.

He Boateng joined CD Aves from Ghanaian-based Right to Dream Academy during the 2018 summer transfer window.

He is yet to represent Ghana at any level.