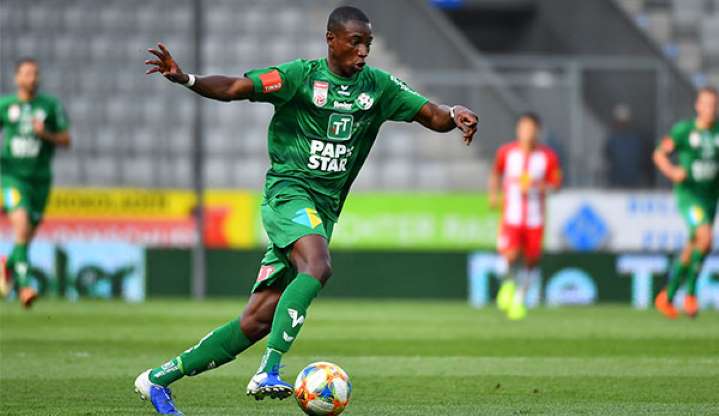 Ghanaian youngster Kelvin Yeboah rescued a draw for WSG Tirol against Red Bull Salzburg in a friendly encounter on Friday.

Top-flight sides in Austria have been engaging in friendly games to sharpen their rough edges ahead of the resumption of the campaign on June 2.

Red Bull Salzburg welcomed Tirol FC to the Red Bull Arena in their first training match since March when the season was halted due to the coronavirus crisis.

But it was the underdogs who took the lead in the 12th minute through Kingsley Yeboah. The young frontman nodded home from a lofty corner kick.

Tirol appeared to be running away with a rare victory over Salzburg until substitute Albert Vallci restored parity for the hosts in the 52nd minute with a close range finish.

Yeboah, who has netted 2 goals in 16 Bundesliga games in the 2019/20 campaign, enjoyed full throttle likewise compatriot and teammate Felix Adjei.