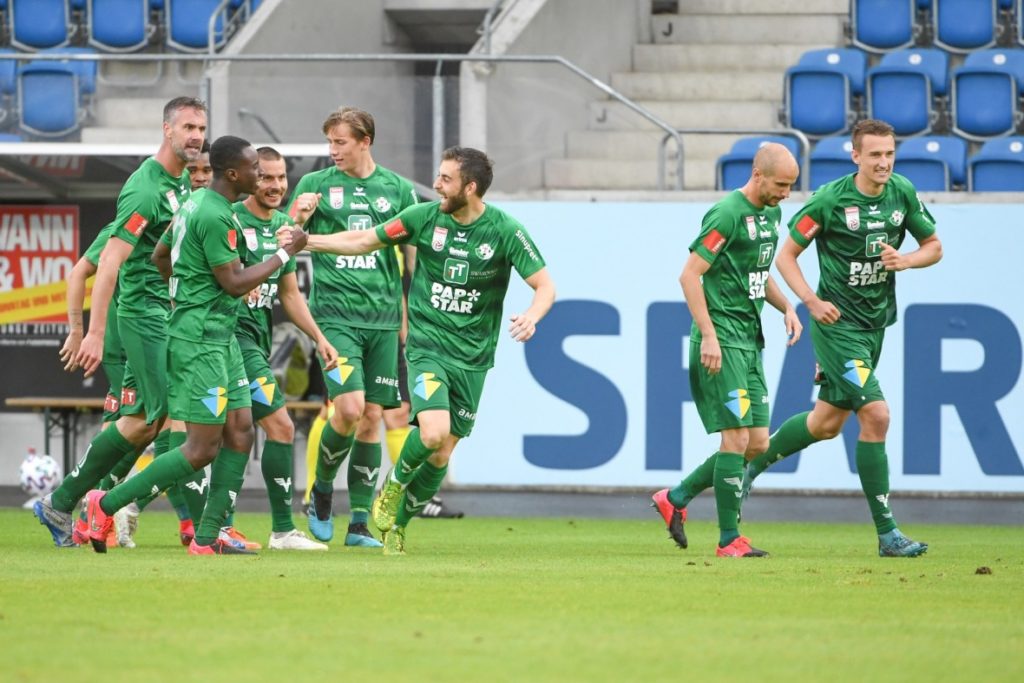 WSG Tirol welcomed Mattersburg to the Tivoli Stadion Tirol with the aim of ending their poor run since the resumption of the top-flight league.

But their hopes were dented after Andreas Gruber shot the visitors ahead after just 14 minutes on the clock.

However, WSG Tirol levelled the scoreline on the stroke of half time through free-scoring budding Ghanaian striker Kelvin Yeboah.

Yeboah went close to giving the Green and White lads the needed three points but his effort was thwarted by Mattersburg goalkeeper Markus Kuster as the match ended 1-1.

He enjoyed full throttle of the game while compatriot and teammate Felix Adjei was taken off in the 90th minute.