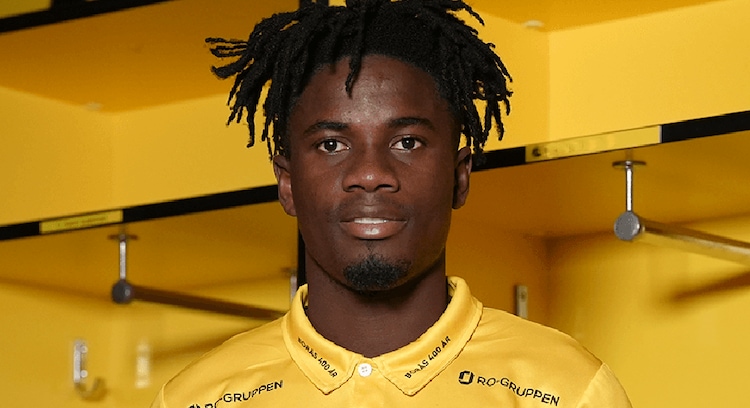 Ghanaian youngster Michael Baidoo has completed a transfer to Swedish top-flight side IF Elfsborg, GHANAsoccernet.com can exclusively confirm

Baidoo sealed his move from Norwegian club Sandnes Ulf on Thursday after signing a four-year contract keeping him at the club until 2026.

The 22-year-old had an outstanding campaign in the Norwegian second-tier where he made 32 appearances in all competitions and scored 5 goals.

The attacking midfielder provided 7 assists in the process and was one of the top performing players in the Obos-Ligaen 2021 season.

Baidoo joined Sandnes in May 2021 from Danish club FC Midtjylland where he had loan spells at FC Fredericia and FK Jerv.

He moved to Denmark in July 2017 joining Midtjylland from Ghanaian club Vision FC.