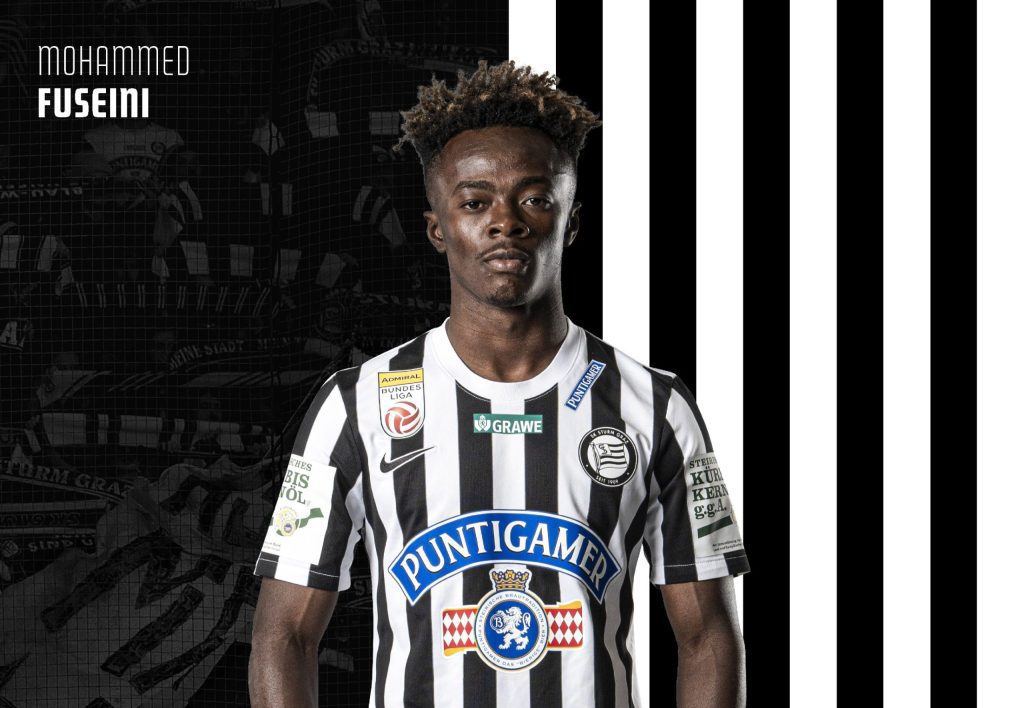 Ghanaian young forward Mohammed Fuseini bagged his second of the season for Sturm Graz in their stunning victory in the Austrian Bundesliga on Sunday.

Graz scored one in the first half and twice in the second half as they remarkably stunned Austria Vienna at their own backyard.

The visitors broke the deadlock of the match in the 14th minute when Albian Ajeti scored to put them ahead after he was teed up by Alexander Prass.

Mali international defender Amadou Dante was the provider for the second goal after his cross was connected by William Boving in the 59th minute.

The 20-year-old Ghanaian was brought on in the game eight minutes from full-time as a replacement to Boving.

Fuseini was quickest to react to rebound and stabbed the ball into the back of the net to round off the massive victory for Graz.

The youngster has scored two goals in four appearances for the Graz in the Austrian Bundesliga this season after he was promoted to the first team this summer.

Moreover, he has also scored twice and assisted twice in five matches for the Graz reserves in the Austrian second-tier.