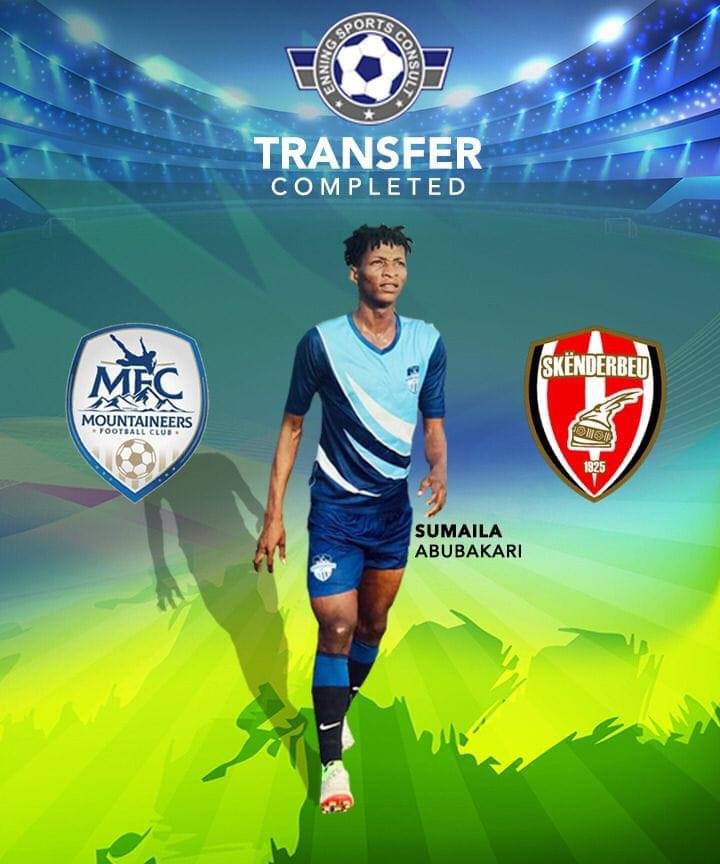 Following successful negotiations, the 19-year-old has agreed to a three-year contract with the second-tier club.

Skenderbeu had been watching Abubakari for a while and were impressed with his striking ability, so they decided to sign him.

He is expected to assist Skenderbeu in regaining promotion to Albania's top flight after they were relegated in the previous league season after finishing 10th on the log.