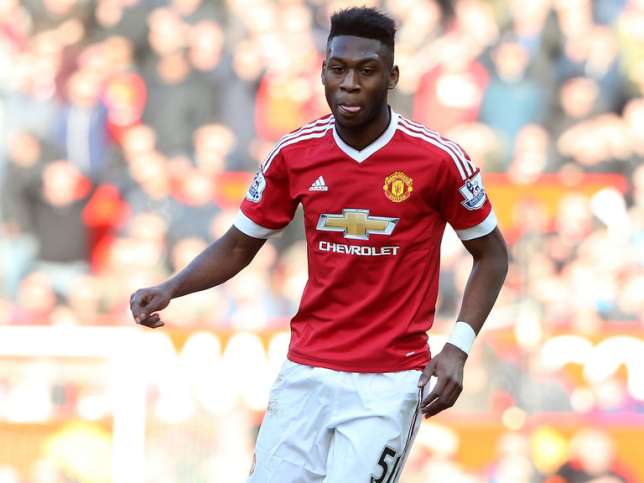 Tim Fosu Mensah has been revelation for Manchester United

Fosu was drafted into the first team by Van Gaal in United's 3-2 Premier League win over Arsenal last season, and made his debut in the same game, coming on as a second half substitute for Marcos Rojo.

The highly-rated youngster went on to feature in  seven League games before the end of the season, as well as playing in the Red Devil's victorious FA Cup run.

The 18-year old is pleased with making his debut and enjoying a stellar 2015/16 season with Manchester United but wants more when the new season commence.

Fosu is pushing for more playing time plus want former Chelsea manager Mourinho to make him one of the best defenders in the world.

"To play for Manchester United, I think it is every player's dream, I feel very proud to be part of a very great club. The fans of Manchester are truly amazing; they always stick by the side of the players."

"My aim last season was to make my debut for Manchester United and that happened, so I was very pleased with that. I played 10 games and believed I developed well from that and learned a lot from it... So I'm happy how last season went for me."

"This season I have set goals, I want to play the most games and stay fit for the whole season. I also want to keep on developing and to progress into a top player and become a complete player under this very good manager Jose Mourinho."