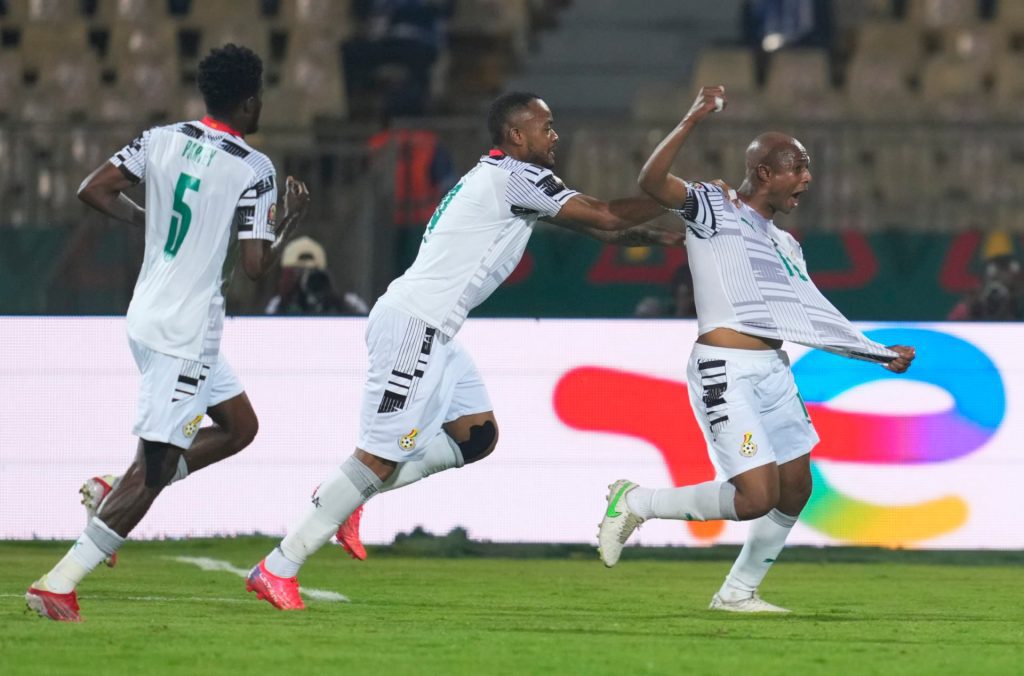 Ghanaian football fans will be hoping that 2022 is a tale of two very different football tournaments.

The Black Stars had a very disappointing African Cup of Nations campaign at the start of the year.

A draw and two defeats meant Ghana crashed out of their group, at the hands of Morocco, Gabon and minnows Comoros.

Ten months on, Ghana return to the big stage after missing out on the World Cup in Russia four years ago.

They couldn’t be going into the tournament in worse form, having only won once all year.

However, a slew of new recruits have joined up with the squad just in time for the World Cup, and will be aiming to achieve great things for the West African nation.

Ghana first tried to qualify for a World Cup back in 1962, but failed to reach the final tournament after being eliminated by Morocco.

They finally qualified for the World Cup in 2006, and were the only African nation to reach the knockout stages that year.

They went one better in 2010, and were a Luis Suarez handball away from being the first African side to reach a World Cup semi-final.

Instead, they suffered penalty shootout heartache, with John Mensah and Dominic Adiyiah missing the decisive kicks.

They reached their third straight World Cup finals in 2014, but failed to progress through the group stages in Brazil.

Ghana will be competing in their fourth World Cup in November, hoping to once again reach the knockout stages.

WHO TO LOOK OUT FOR IN GHANA’S SQUAD

Former England youth international Tariq Lamptey recently declared for the Black Stars, and he could line up alongside Southampton’s Mohammed Salisu.

Arsenal’s Thomas Partey is likely to play in midfield, with brothers Andre and Jordan Ayew playing ahead of him.

Chelsea fans will remember defender Adbul Baba Rahman, while Charlton Athletic’s Joe Wollacott is flying the flag for the Football League and is likely to start in goal.

Everton fans will be keeping an eye on transfer target Mohammed Kudus who already has 16 international caps.

Athletic Bilbao’s Inaki Williams is another player to watch, like Lamptey he’s only just declared for Ghana after previously playing for Spain.

HOW FAR CAN GHANA GO?

It’s going to be a tough tournament for Otto Addo’s side.

Former Brighton manager Chris Hughton has been brought in as technical director, while the experience of the Ayew brothers will be invaluable in a relatively young squad.

Ghana will play Portugal, South Korea and Uruguay in a bid to reach the last 16.

The African side lost their only meeting with Portugal at the 2014 World Cup, but have a better record against South Korea.

It could be a very tasty encounter when they play Uruguay in their final group game.

The skeletons of the 2010 World Cup certainly haven’t been put to bed, especially as Suarez has a good chance of being involved.

It could be one of the best matches of the tournament for the neutral, and Ghana will be hoping it’s not the end of their fourth World Cup campaign.