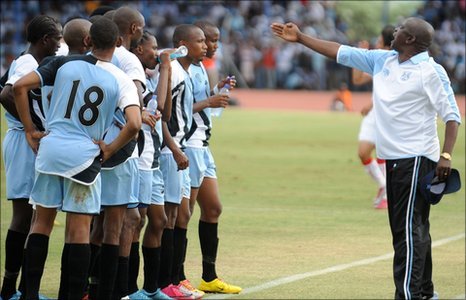 The Zebras squad were due to leave for the Aspire Academy in Doha on Boxing Day but then cancelled because it was too expensive, according to Botswana Football Association chief executive officer Sonnyboy Sethibe.

In an embarrassing reversal for the BFA, they now return to Rustenburg to continue their preparations, as coach Stanley Tshosane had originally planned.

But BFA bigwigs had wanted to go to Qatar but now admitted they bungled arrangements. Sethibe said the price list for accommodation and facilities that had been requested from the academy had taken too long to arrive and when it eventually did, proved too expensive.

But that explanation begs the question why the BFA committed to the trip without first firming up all the arrangements.

Tshosane had not been keen on going to Middle East at all, saying he was satisfied with the facilities available in Rustenburg.

Botswana spent two weeks in the North West Province before Christmas and beat Lesotho 3-0 in a friendly played in Rustenburg on December 21.

They are to meet Zimbabwe in a friendly in Gaborone on January 7.